In the aftermath of last fall’s flawed Healthcare.gov rollout, the Department of Health and Human Services and the Centers for Medicare and Medicaid Services announced Tuesday a new CEO to lead the 2015 open enrollment of the Affordable Care Act’s federal marketplace. The announcement coincidentally came the same day the agency’s inspector general released an audit reporting overspending on a third of Healthcare.gov contracts.

Kevin Counihan, who served as CEO of Connecticut’s health exchange, has been selected to lead the second go around of Healthcare.gov enrollment. In his new role, Counihan will report to CMS Administrator Marilyn Tavenner and stand accountable for Healthcare.gov operations in addition to managing relationships with state exchanges and running the regulatory Center for Consumer Information and Insurance Oversight, according to a release. 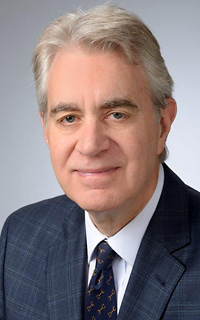 With the Connecticut marketplace, Counihan led an exemplary model, even attracting nine other states to inquire about implementing its technology. Under his leadership, Connecticut was the first state to surpass the goal for Affordable Care Act enrollees, and since 2012, the state nearly cut its uninsured rate in half.

“When I arrived at the Department, I committed to retain, develop and recruit the best talent available, and that’s what we are doing,” HHS Secretary Sylvia Burwell said in a statement. “We are building strong teams with the focus and know-how necessary to advance our mission and deliver impact for the people we serve. We are committed to instilling ongoing accountability for reaching milestones, measuring results and ensuring a successful open enrollment period. I’m particularly pleased to welcome Kevin Counihan to the new Marketplace CEO role. He brings additional operational and technological expertise to the position and will be a clear, single point of contact for streamlined decision-making.”

The news of Counihan’s hire comes as the HHS Office of the Inspector General released a report Tuesday surveying the status of 60 various contracts related to the development and operation of the federal marketplace. “The purpose of the 60 contracts ranged from health benefit data collection and consumer research to cloud computing and Web site development,” the report states.

For 20 of those 60 contracts, “the amounts obligated through February 2014 already exceeded the estimated value of the contracts at award,” the report said, adding that seven of them more than doubled the expected value.

This report is the first in a series, which the OIG said will explore additional in-depth recommendations for improvement.

As Counihan transitions into his new position, Tim Hughey of Accenture, the company tasked with developing and maintaining the federal marketplace, will stay on to provide technology support to CMS through the next open enrollment period, according to the release.