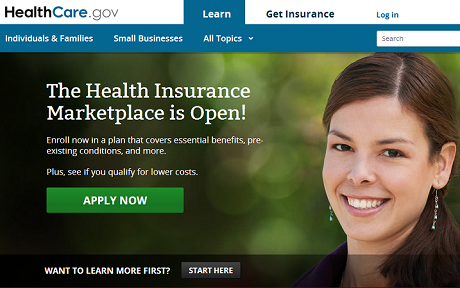 As millions flocked to healthcare.gov to research insurance options and sign up for plans under the Affordable Care Act, many experienced major issues with the site — problems that have only increased in the two weeks since the site opened for business.

Nigel Ballard, Intel’s director of federal marketing, said the issue was one of simple miscalculation.

“The expectation was that x number of people would be hitting the site every second, when in actuality it was x times 10,” he said. “The site was never architected to handle that.”

As of Oct. 5, healthcare.gov saw 9.47 million unique visitors and 5.68 million visited the individual marketplace, according to data from Kantar US Insights, an information, insight and consultancy network.

The site is currently the 318th most visited website in the United States. Some experts believe the overload occurred because users had to create an account before they were able to shop for policies. This step stymied traffic flow while the government decided if users were eligible for subsidies.

The website overload is not a unique situation, according to Ballard. Sites have received more traffic than expected before and run into issues with servers crashing and site failures. It isn’t an issue that can be blamed directly on government and will certainly not be the last time it happens, Ballard said.

Anyone following the conversation around the launch of healthcare.gov has been hearing the same name over and over again: CGI Federal. The IT contracting company put together most of the healthcare.gov. The company started gaining momentum after 2008 and gained notice in 2010 with a $1.1 billion acquisition of Stanley Inc., a U.S.-based military IT contractor.

Todd Akers, vice president of public sector at Acquia, said when rolling out projects of this scale, it is crucial to ensure there’s a defined goal.

“Having a strong relationship with the development team will mean the best possible outcome for the project,” he said. “You need to iterate on the critical tasks. Too often, you see projects lose focus on the goal, and overall delivery quality can be reduced.”

The health care act is different because unlike similar projects, it is mandated by law. According to a congressional staffer familiar with the issue and who spoke on background, the deadline established by the law made the website launch more complicated.

“When you’re working on a deadline, the development process is much more complex,” the staffer said. “It becomes more than simple program management.”

Scott Maucione contributed to this report.