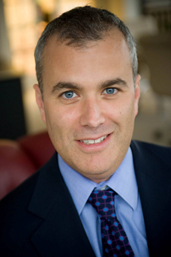 Department of Health and Human Services announced today it has hired Jeffrey Zients to fix the ailing healthcare.gov. The announcement comes just one day after the president publicly promised to fix the website.

“Jeff has led some of the country’s top management firms, providing private sector companies around the world with best practices in management, strategy and operations,” Kathleen Sebelius, HHS secretary, said in a statement. “He has a proven track record as acting director at the Office of Management and Budget and as the nation’s first chief performance officer.”

The 46-year-old Zients is former chairman of Corporate Executive Board Co. He has officially been given the duty of overseeing the online enrollment system for the Affordable Care Act.

FedScoop reported last week the government has spent $196 million to build the website. CGI Federal was contracted to build the site.

Since its launch in October, the website has been plagued with busy servers and error messages. About 20 million people have visited the site, and half a million people in the eligible 36 states have completed applications. The website offers open enrollment for U.S. citizens to buy health care until March 1.