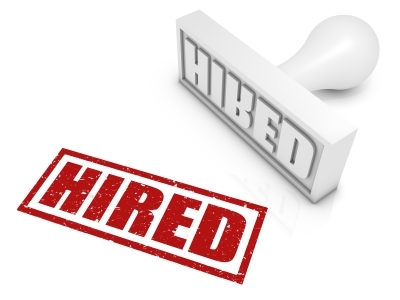 Technology professionals may be ahead of the game heading into 2014. According to the December 2013 hiring survey by Dice.com, employees in the field have more security and may have the higher hand with employers in the next six months.

Nearly three out of four respondents said they were planning to hire more technology professionals in the next six months. Nearly one-fifth of those respondents indicated their hiring will be substantial — a 5 percent increase from when the survey was last conducted in May 2013.

The hiring survey takes input from nearly 900 tech-focused hiring managers and recruiters from all over the country.

As the market grows more competitive, employers are working harder to retain their employees, results indicate. More than 40 percent of respondents report seeing an increase in counteroffers from existing employers compared to 39 percent six months ago. Thirty-four percent of hiring managers and recruiters reported more candidates turned down job offers as compared to midyear.

While these respondents were from both public and private sectors, John Palguta, vice president for policy at the Partnership for Public Service, said the technology professionals in the federal government can expect to see some much-needed hiring and jobs filled as opposed to jobs lost.

A signed budget agreement is one factor contributing to an upward tick in federal hiring, he said.

“You have some predictability; you don’t have to safeguard resources in the event that things don’t get better,” Palguta said. “There’s a lot of demand in the technology area and hiring managers can do some real workforce planning.”

More than 30 percent of the respondents in the hiring survey suggest the current economic environment has made them up their hiring for 2014. According to Shravan Goli, president of Dice, employers are becoming more confident that the economy is improving.

The growing demand for technology in organizations has already contributed to this hiring spike.

“Employers are confident in expanding the boundaries of technology within their organizations,” Goli told FedScoop. “These are not your father’s or mother’s technology departments. These are technology professionals who are embedded in every department within an organization.”

Dice.com’s hiring survey will hold true for the federal government, which will hire more this year than it has previously, Palguta said. The challenge for government, however, will be its ability to attract and retain the most talented people in the business, he said.

“The difference won’t be night and day, but we can expect to see modest hiring in the next year,” Palguta said. “There’s 80,000 people in government classified as IT management and 6,400 in computer science; there is a lot of demand in the technology area.”

About three quarters of those surveyed said there’s no likelihood of layoffs at their organization over the next six months; a 10 percent increase from six months ago.