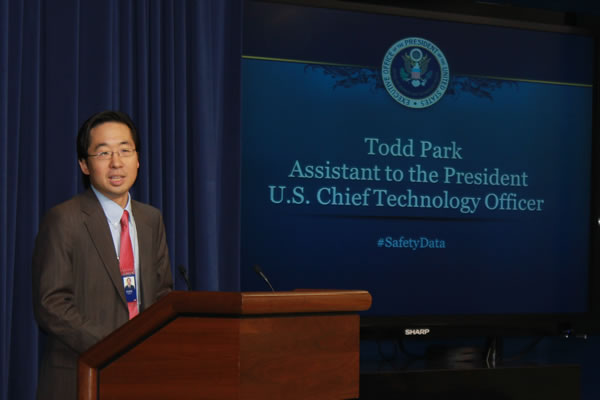 The White House brought more than two dozen experts, enthusiasts and innovators on Friday for the first Safety Datapalooza that featured discussion on ways data can be used to make life safer for the general public.

The event was hosted by the White House Office of Public Engagement, the Office of Science and Technology Policy and the U.S. Department of Transportation and included U.S. Chief Technology Officer Todd Park acting as master of ceremonies who used the phrase “Holy motherboard!” at one point.

The event aimed to highlight innovators from the private, nonprofit and academic sectors who have utilized freely-available government data to build products, services and apps that advance public safety in creative and powerful ways.

Some of the innovations discussed.

by Jackson Barnett • 53 mins ago
Acquisition