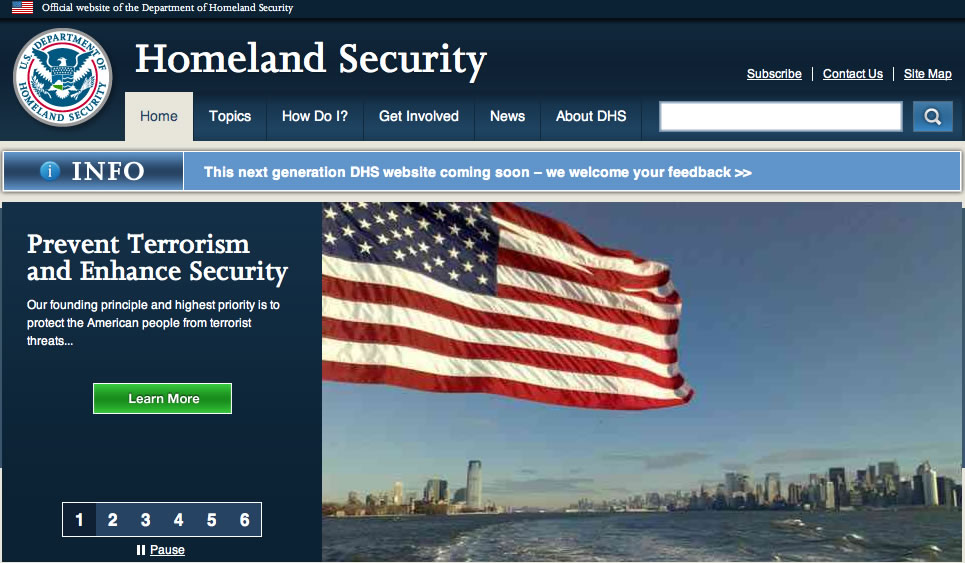 The Department of Homeland Security unveiled a preview of the next iteration of its flagship website, dhs.gov, with the new version expected to go live in the next two weeks.

“Our new website design was guided by user feedback and best practices in user-centered design. The goals of the redesign are to simplify and unify DHS.gov’s content and create a more consistent look and feel throughout the site,” wrote DHS Assistant Secretary for Public Affairs Pia Carusone on the agency blog.

The preview site is located at preview.dhs.gov and was built on the open source platform Drupal.

Feedback can be submitted at the agency’s idea platform or via email to dhsgovcomments@hq.dhs.gov.

by Dave Nyczepir • 56 mins ago
Tech