The House Science, Space and Technology Committee plans to investigate a nearly $1 million grant the National Science Foundation awarded to a project that looks to decipher how online interactions affect popular sentiment, specifically on Twitter.

In a release from the majority side of the committee, Chairman Rep. Lamar Smith, R-Texas, said by funding the project, the government was funding the limitation of free speech.

“While the Science Committee has recently looked into a number of other questionable NSF grants, this one appears to be worse than a simple misuse of public funds,” Smith said in the release. “The NSF is out of touch and out of control. The Science Committee is investigating how this grant came to be awarded taxpayer dollars.”

The Truthy project, based out of Indiana University’s Center for Complex Networks and Systems Research and its School of Informatics and Computing, first received funding in 2011. Since then, NSF has funneled a total of $919,917 into the project.

Not much has changed since the original award in 2011. In fact, according to the NSF information for the grant, the last amendment to the contract came in 2012. 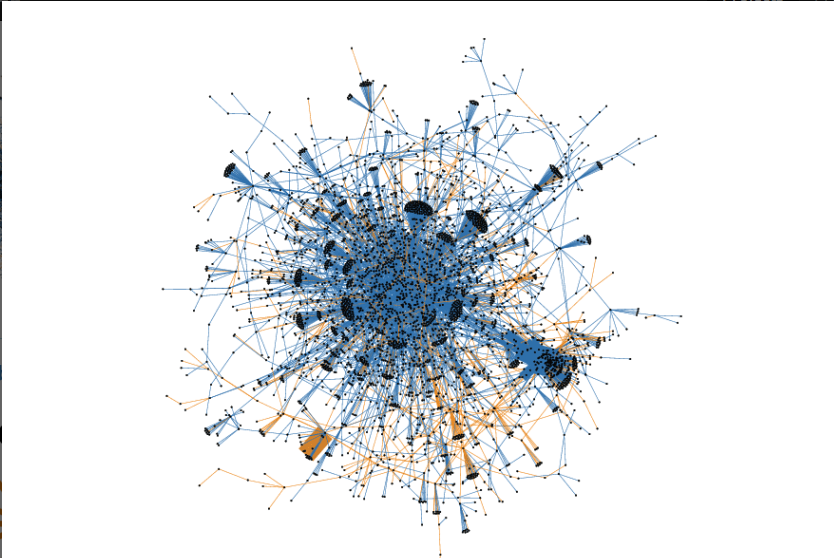 Smith’s statement comes two years later, “after media reports highlighted a one million dollar research project funded by the National Science Foundation in 2011 to analyze political messages and discussion on Twitter,” according to a release from the committee.

The media reports referenced in the release came from a story first reported by the Washington Free Beacon, the online publication for the conservative advocacy group the Center for American Freedom on Aug. 25. Three days later, Fox News Insider ran a story about the project comparing it to George Orwell’s “1984.”

“If you take to Twitter to express your views on a hot-button issue, does the government have an interest in deciding whether you are spreading ‘misinformation?’” Pai wrote. “My guess is that most Americans would answer those questions with a resounding no. But the federal government seems to disagree.”

Pai went on to suggest the Truthy project’s mission of preserving open debate and mitigating the diffusion of false and misleading ideas was a government overreach and a violation of free speech.

“Truthy’s entire premise is false,” Pai wrote. “In the United States, the government has no business entering the marketplace of ideas to establish an arbiter of what is false, misleading or a political smear.”

President Barack Obama appointed Pai to the FCC in 2012. Pai was confirmed unanimously by the Senate. His term ends in 2016.

The release from the committee also said the goal of the project “is to analyze and detect ‘subversive propaganda’ in order to mitigate ‘misleading ideas’ on social media.”

The filing at the NSF for the grant said the project “is aimed at modeling the diffusion of information online and empirically discriminating among models of mechanisms driving the spread of memes.”

Dana Topousis, a spokesperson for NSF, said agency receives about 50,000 proposals for grants each year. The agency then funds about 11,000 of them through a “rigorous merit review process.”

“NSF ensures that each proposal submitted is reviewed in a fair, competitive and in-depth manner,” Topousis told FedScoop in a Tuesday evening email. “Nearly every proposal is evaluated by a minimum of three independent reviewers consisting of scientists, engineers and educators who do not work at NSF or for the institution that employs the proposing researchers.”

The “about” page of the Truthy project’s website said the team behind the project intends to use it “to detect political smears, astroturfing, misinformation and other social pollution.” In addition to the “about” page on the website, Indiana University’s Center for Complex Networks and Systems Research blog post released “The Truth about Truthy,” which addressed the media criticism of the project.

“Truthy is not intended and is not capable to determine wither a statement constitutes ‘misinformation,'” the post said. “The Truthy platform is not informed by political partisanship. While it provides support to study the evolution of communication in all portions of the political spectrum, the machine learning algorithms used to identify suspicious patterns of information diffusion are entirely oblivious to the possibly political partisanship of the messages.”

In a Wednesday morning email, Alessandro Flammini, a principal investigator for the Truthy project, told FedScoop the committee was welcome to look “carefully” into the work Truthy does.

If they looked into the project, “a lot of gross misconceptions that are circulating about our work would dissipate,” Flammini said.

Among the projects featured on Truthy’s site is a tool to determine whether a Twitter account is a bot as well as an examination of several hashtags and accounts to examine the “memes” surrounding the accounts from 2010 to 2011.

In a comment to FedScoop, a Democratic House Science, Space and Technology Committee spokesperson called Smith’s attempts to investigate the funding of the project “the latest in the Chairman’s Congress-long questioning of NSF grants.”

In a letter to the chairman dated Sept. 30, the committee’s ranking member, Rep. Eddie Bernice Johnson, D-Texas, expressed “deep concern over the direction” Smith has taken the committee in terms of how it dealt with NSF.

“You have been engaged in a puzzling – and troubling – investigation of the merit-review process with respect to 20 NSF grants and have sought all of the confidential, pre-decisional peer-review materials associated with those grants,” Johnson wrote.

Johnson also wrote that there were no credible allegations of waste, fraud or abuse from the 20 awards under investigation.

“The only issue with them appears to be that you, personally, think that the grants sound wasteful based on your understanding of their titles and purpose,” Johnson wrote. “The path you are going down risks becoming a textbook example of political judgment trumping expert judgment.”

by Jackson Barnett • 3 weeks ago
Cyber