The Defense Landscape is a weekly conversation on the national security news of the day.

Wednesday marked the 50th anniversary of the historic March on Washington for Jobs and Freedom. On that day, half a century ago, hundreds of thousands of people flooded the National Mall in Washington, D.C., marching out to the Lincoln Memorial.

It was there Martin Luther King Jr. then gave his iconic “I Have a Dream” speech. 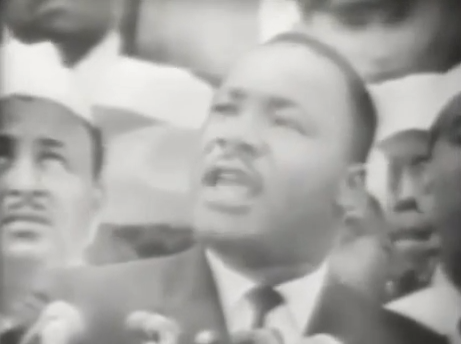 Martin Luther King Jr. delivers his “I Have a Dream” speech.

The speech is remembered for its impassioned oratory and as a galvanizing moment during the civil rights movement. Less remembered about King’s speech was its impact on the FBI. King had been under government surveillance since 1958, but the 1963 speech caused the FBI to ramp up its efforts to monitor and uncover seditious acts by King.

This week, Tony Capaccio in The Washington Post and Jelani Cobb in the New Yorker examined the FBI’s surveillance programs for King and many civil rights leaders.

We’ll discuss exactly what the FBI was doing and how its surveillance then is relevant to the current debate over surveillance programs.

We’ll also listen to a 2012 interview on Democracy Now! with Tim Weiner, a Pulitzer Prize-winning reporter who has covered surveillance, the Pentagon and CIA for decades. In 2012, he released a book “Enemies: History of the FBI” which detailed the rise of the FBI’s surveillance programs. Weiner will explain exactly how the FBI monitored and threatened King for the last decade of his life.