The world’s largest IT company and one of the biggest players in the federal technology market announced Monday it plans to split into two independent entities, creating within the next 12 months a PC, printer and personal systems firm named HP Inc. and a services company named Hewlett-Packard Enterprise.

The move is part of the company’s multi-year turnaround strategy spearheaded by CEO Meg Whitman and puts an end to the uncertainty that has surrounded the company’s future since a 2011 restructuring that saw HP abandon tablets and smartphones and toy with the idea of selling off its PC business. But now that the company has channeled the wisdom of Yogi Berra — whose driving directions to fellow baseball legend Joe Garagiola included the famous phrase “when you come to a fork in the road, take it” — analysts point to some interesting possibilities for the roughly $2.5 billion in federal contracting that is tied to the old HP.

First among the many questions surrounding the potential impact of the split on federal IT programs is: Will anything change for the government?

An HP executive, who spoke to FedScoop on background, declined to comment beyond what the company said publicly in its press release, but stuck to a reassuring message. “There will be a 12 month period where the specifics of the separation are detailed. During this time, all our customers will continue to receive the best quality products and services,” the executive said.

Warren Suss, president of Suss Consulting Inc. and a long-time federal IT analyst, agreed that current federal contracts will not see much change, if any, as a result of the split. But he’s less convinced when it comes to the long-term impact on future federal acquisitions. “As they make the split, they will put in place arrangements between the two companies and will have to establish pricing agreements and formalize program management details,” Suss said. But once the split is finalized, federal agencies will have two different sales and support teams calling on them, and that could lead to difficulties.

“If it’s handled well, there will be minimal disruption,” Suss said. “But there could be some changes in HP’s competitive positioning.” In fact, with more and more virtual desktop infrastructure deals expected throughout the federal government, it’s possible the industry will see the two new companies actively competing against one another on future federal solicitations, he said. “Once they split, I’m certain that the division handling desktops will be trying to get on the most competitive teams and will not be constrained [as to what companies they can choose] as they are now.”

Shawn McCarthy, research director at IDC Government Insights, also sees the potential for interesting changes in HP’s position in the federal market, but not immediately. In the mid-term, HP Inc. will need to get more competitive on its PC prices and more creative with its performance standards, he said. But what McCarthy is really curious about is whether HP Enterprise will go down the IBM path of offering enterprise systems integration as a service. “HP could now find itself in an advantage in its server business now that IBM has sold its server business,” he said. 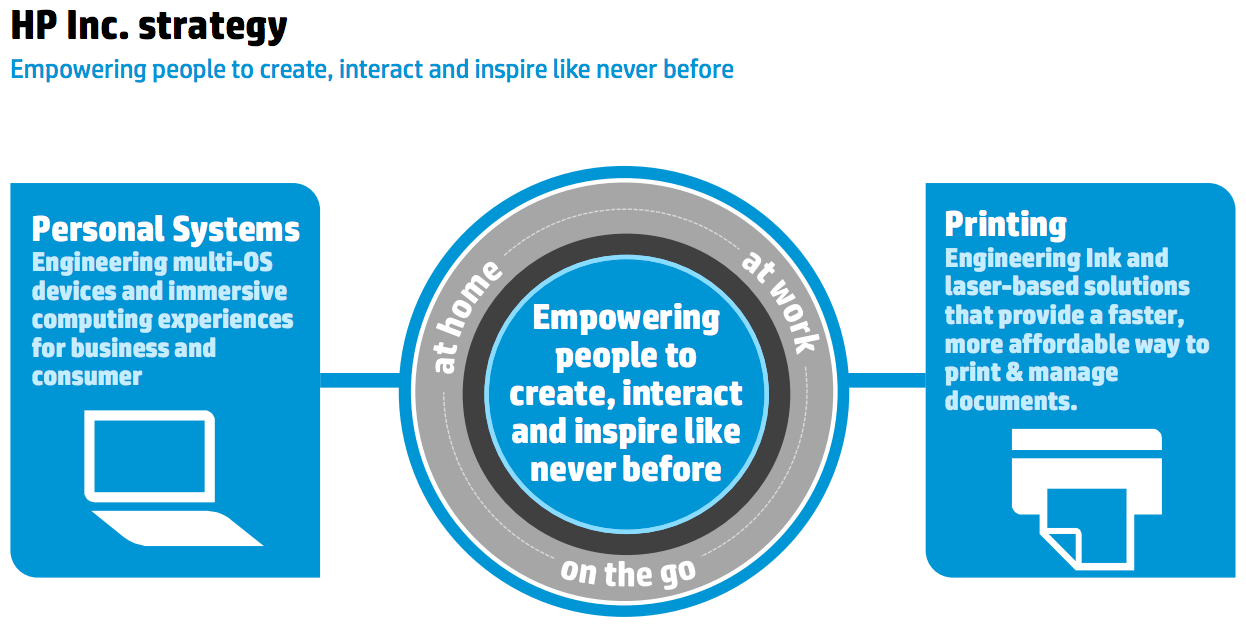 IBM sold its server business in January to China-based Lenovo in a deal valued at $2.3 billion. Presenting federal agencies with a U.S.-owned server business at a time when agencies are suffering from Chinese-backed hacking incidents could be a boon to HP’s future in the federal IT market, McCarthy said.

Amy Larsen DeCarlo, principal analyst for security and data center services at Current Analysis, said it’s still too early to know how the two companies will work in the federal space, even in theory. But federal program managers shouldn’t expect radical changes in how they are supported, she said. “The public sector business will be part of the HP Enterprise company. My expectation is their account managers will do whatever is necessary to maintain those accounts so public sector clients should ask what the near-term and longer term impact will be on their engagements,” DeCarlo said. “Where this might be more complicated is in the case of procurements that involve printing or other systems that might be part of the consumer business.”

“Our sense is that HP Enterprise largely operates separately from HP Inc. already, so a ‘breakup’ wouldn’t represent a monumental shift for the majority of HP employees,” said Tim Larkins, senior manager of market intelligence at immixGroup Inc. “From a government standpoint, I would say the same holds true. Most of the contract vehicles that agencies often leverage to purchase HP software, storage, servers, etc… are independent of those leveraged for PCs, printers and the like.”

Jim Flyzik, president of The Flyzik Group and the former CIO at the Treasury Department, agreed. “I don’t think there is cause for great concern,” he said. “There likely will be some uncertainty and perhaps some contract modifications, but it won’t cause major issues. Quite a few large systems integrators have gone through similar split ups and moved on just fine.”

Mike Hettinger, a technology industry lobbyist and former senior vice president at TechAmerica, said HP has largely operated as two separate entities for many years. “That said, the split should enhance the enterprise services side of the business, allowing it to continue to grow and I would expect this side of HP to continue to be a major player in the federal space,” he said.

“I think this move is a good one for HP, particularly on the enterprise side, and I do think it will benefit its customers,” DeCarlo said. “The company will be able to focus more closely on the needs of the business and public sector clients. HP should also be able to further streamline its own operations and hopefully, will become easier for customers to do business with going forward.”