The federal government has been no stranger to natural disasters the past few years. With Hurricane Sandy closing operations for two days this week, it got us thinking about the other phenomenon that have recently shut down the government and how they compare. 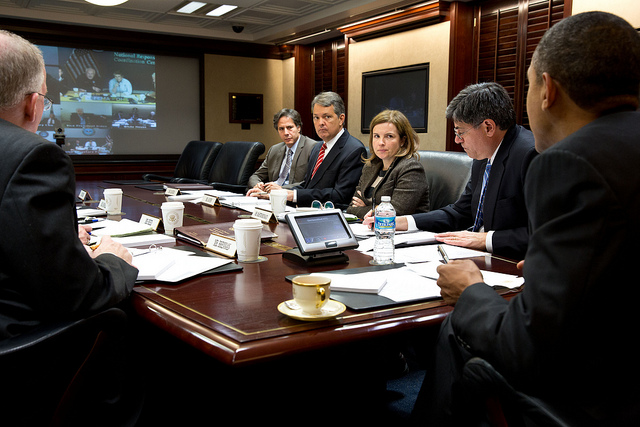 President Barack Obama receives an update from officials via video teleconference on the ongoing response to Hurricane Sandy, in the Situation Room of the White House, Oct. 30, 2012. (Photo: Pete Souza/White House)

Of all the natural disasters that can hit Washington, D.C., a large rainstorm is at the top of the list as low-level hurricanes, tropical storms and nor’easters threaten the region on an almost annual basis. The surprise here came from the sure size and duration of the storm, which has been estimated to have dropped nearly a foot of rain on the city.

Notable: The Federal Emergency Management Agency urged citizens to use social media to contact loved ones to help keep the phone lines clear and avoid overburdening the wireless telecommunications systems. The 2012 Executive Leadership Conference, the annual technology meeting in Williamsburg, Va., was cancelled due to the storm. 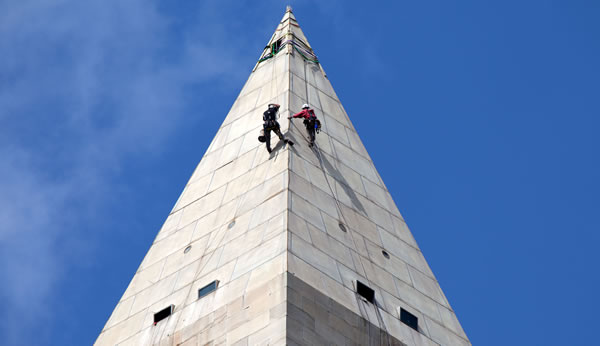 Workers assess damage done to Washington Monument during an earthquake that struck the area in August 2011. (Photo: National Park Service)

Also known as: The D.C. Earthquake or the East Coast Quake

An earthquake in D.C.? On the fear factor of area residents, earthquakes are just below the city getting attacked by Mothra.

Government days lost: Technically, only a half day as employees were sent home early following the quake. They could telework the following day if they chose, but the majority returned to work as scheduled.

Notable: The Washington Monument had some cracks that are still being repaired and the National Cathedral suffered minor structural damage. The earthquake became the first disaster in Washington, D.C., where Twitter was used as a successful communication tool by those affected and also became a source of comedy once it was determined the quake was relatively harmless. 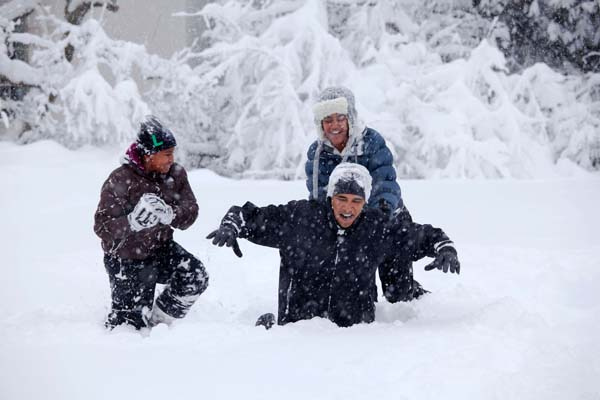 President Barack Obama plays with his daughters in the Rose Garden during the snow storm of February 2010. (Photo: Pete Souza/White House)

D.C. gets snow nearly every year and, once every decade or so, it gets hit with blizzard-type conditions. But back-to-back major snowstorms that dropped several feet on the area? That hadn’t happened in nearly a 100 years to the nation’s capital.

Notable: With the area in lockdown, officials turned to telework to keep the government running to the best of their ability. The storms showed that telework is a viable option for the government during times of crisis like the snow storm and opened up the discussion for when telework can be used otherwise.