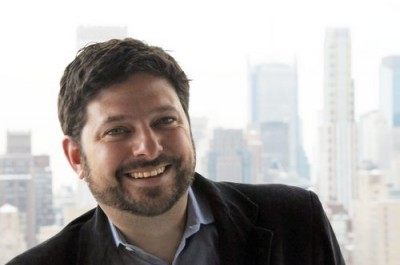 Department of Health and Human Services Chief Technology Officer Bryan Sivak hates the word “innovation,” even though his role as CTO of HHS is to promote the concept behind the very word that annoys him. In fact, innovation is the first core element of the program he heads at HHS, the IDEA Lab, which stands for Innovation, Design, Entrepreneurship and Action Lab.

“[T]he word ‘innovation’ is very overused these days and when everyone is doing something ‘innovative,’ I would argue that the concept itself loses impact,” Sivak said. “Further, if I was to tell you to go forth and innovate, what would you do?”

And, in a way, his predicament says a lot about the staid culture of the federal government — one in which innovation is often talked about but rarely acted upon in its truest sense. But that’s the point of IDEA Lab — to make government more modern and efficient; more about acting, less about thinking and unafraid to experiment.

While IDEA Lab is structured into six different pathways to engage workers both in and outside the department to explore unconventional solutions around the biggest problems in health, the programs are introducing rapid and failure-accepting workflows, moving for change within the typically risk-averse government.

“One of the things we think about a lot is the hierarchical nature of government, the fact that it’s so bureaucratic, very risk averse, command and control oriented, filled with red tape and etc.,” Sivak said. “Within that mechanism, it’s real hard to experiment with new ideas; it’s hard to try new things that might actually lead some kind of disruptive change.”

But the approach of IDEA Lab is rooted in the practices of private entrepreneurship, which encourages things like constant iteration, pivoting and scaling, a trend that many federal programs — like the General Services Administration’s 18F initiative — are following to promote a leaner government. Crucial to that mindset, Sivak said, is that “not everything we do will work. In fact if we did, we’re doing something wrong, we’re not trying hard enough.”

For instance, one of the IDEA Lab pathways, HHS Ignite, drops teams of HHS employees in a startup accelerator-like program during which they pitch solutions to problems and refine them during a months-long process. Whether those projects live on at the end of the program, which lasted six months in its initial iteration last year, is up in the air.

Some do gain traction, though, according to Steven Randazzo, IDEA Lab’s communications lead. He said several projects from the first Ignite program got funded and scaled out in agencies within HHS. A project from IDEA Lab’s internal project recognition pathway, HHS Innovates, is being developed departmentwide. Called Fairtrade, the project is like an internal Kickstarter for the department, connecting HHS workers to others digitally to source together skills needed for enterprise projects.

But regardless of where the projects go, Sivak said IDEA Lab is about giving employees all across HHS the chance to offer their ideas and explore them, something bureaucracy often prevents.

“The point is, we’re trying to do things in a very different way by giving people the ability to actually execute on these things,” he said.

And with a background as a co-founder of a private software company, Sivak has his focus on working fast and experimenting constantly.

“So it is absolutely the case that not everything we do will work,” he said. “But if we make mistakes and we do things wrong, that’s okay because we learn from them and fold those things back into the next iteration of everything else we do.”

Formerly referred to as the chief technology office within HHS, Randazzo said the program recently went through a period of rebranding because that title didn’t reflect what it was trying to achieve: a major change in government culture.

“It really is a culture change, and that’s part of the reason we changed our name to the IDEA Lab, because we’re about ideas and we’re about getting people to act on those ideas,” he said. “Technology is still important, but we look at it as not the solution to a problem, but as the catalyst to help you get to your solution.”

Each IDEA Lab project is another chip off the brick wall of old guard government through inspired innovation and action. And Sivak said the hope is that collective spirit will spread throughout HHS and then beyond the walls of the agency’s Hubert H. Humphrey Building headquarters into other agencies.

“Really what we’re trying to do is build up this expertise inside of government so that we can actually change the status quo entirely,” he said.