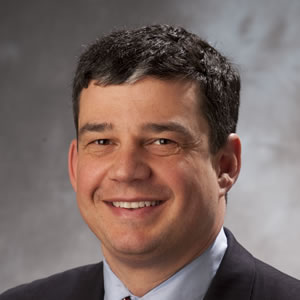 One of the great mantras in federal government these days is finding ways to innovate with less, something Microsoft Federal Vice President Greg Myers said his company hears loud and clear.

Later this year, Microsoft plans to release Windows 8, the latest iteration of its operating system that was recently released in Release Preview mode across the web.

Myers said for the government market Windows 8 will give federal agencies the capability and flexibility — both in form and function — to run smoothly and efficiently at a price point that fits in with tightening budgets.

“Windows 8 will drive new opportunities for government clients who want enterprise-level security and mobility options like encryption, rights management, even USB-portable environments with all of the flexibility of touch screen, mouse, pen, and keyboard device environments,” Myers said in an interview with FedScoop where he highlighted capabilities of Windows 8 and what government market customers can expect.

Myers said, “With mobile first and the emphasis on digital government, combined with the emergence of BYOD, we know that multiple expectations are on our government customers. Windows 8 features are designed to provide the mobile productivity, security, manageability and virtualization needs of today’s agencies.”

The ability to work from home, telecommute and even conduct remote learning/training is enabled and made stronger with Windows 8.

Myers highlighted a number of key features that will bring immediate aid to government agencies. Top among them is Windows To Go, a literal corporate Windows 8 desktop on a bootable external USB stick. With Windows to Go and companion device licenses, you don’t have to give over your personal machine or device to the enterprise. Myers says Windows To Go supports the BYOD trend and provides a new way to ensure security, with a focus on the information instead of the device.

Windows 8 also uses the cloud to back up data, making storage on the device minimal and allowing for applications to run faster and smoother than before.

DirectAccess and BranchCache are additional features that will make IT Administrators lives easier. And with Windows 8 App Deployment, PCs that are joined to the agency domain will be able to load internal Windows Metro style apps.

That leads us to the Metro style look and feel of Windows 8. A big note with this new launch, Myers said, is  Windows 8’s  easy-to-use and highly functional environment for both data consumption and creation on a single device, the heart of which, he says are the applications.

Instead of the traditional start menu, Windows 8 features a tiled screen that CEO Steve Ballmer recently described as “sleek live tiles and not a sea of apps.”

Unlike Windows 7, Windows 8 has been “reimagined from the chipset to the user experience” to connect with the user more. Its Metro-style interface  is designed for touchscreen input similar to that in Windows Phone and on the xBbox 360. Each tile represents an application, and displays relevant information such as the number of unread messages on the tile for an e-mail app or the current temperature on a weather application. Metro-style applications run in full-screen, and are able to share information between each other.

The traditional desktop environment is treated as a Metro app, but users can easily flip between the traditional Windows interface with which they are familiar and the new Metro interface. Myers said the government information worker will be able to work faster and smarter than ever before, as the system aims to be more aligned with how people access data and information.

“What we see with Windows 8 is an environment that will allow everyone to work efficiently and use these tools to better do their job,” Myers said. “It truly is a game-changer.”