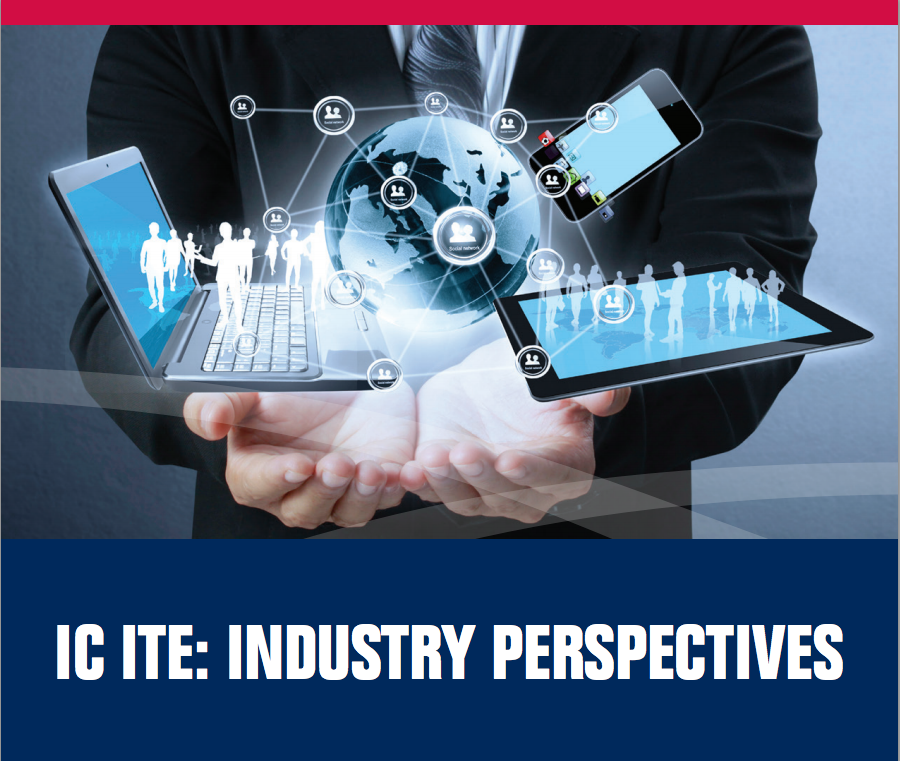 The effort to move the 17 agencies in the U.S. intelligence community away from stovepiped IT systems and toward a cloud-based shared services environment is well under way. But a new study by the Intelligence and National Security Alliance suggests the private sector may find it difficult to fully support the effort without fundamental changes to the contracting and procurement processes intelligence agencies use to buy applications and infrastructure.

The movement toward the Intelligence Community Information Technology Enterprise, known as IC ITE (pronounced eyesight), has made steady progress since Director of National Intelligence James Clapper first approved it in 2012. It is the most far-reaching IT reorganization in the intelligence community’s history, seeking to move hundreds of thousands of users to a common digital platform while gradually reducing the amount the community spends on technology as well as the number of contractors needed for support. The effort has received almost universal praise from intelligence community veterans, but for the first time industry has raised serious questions about the government’s funding strategy and the potential impact that strategy could have on the national security industrial base. 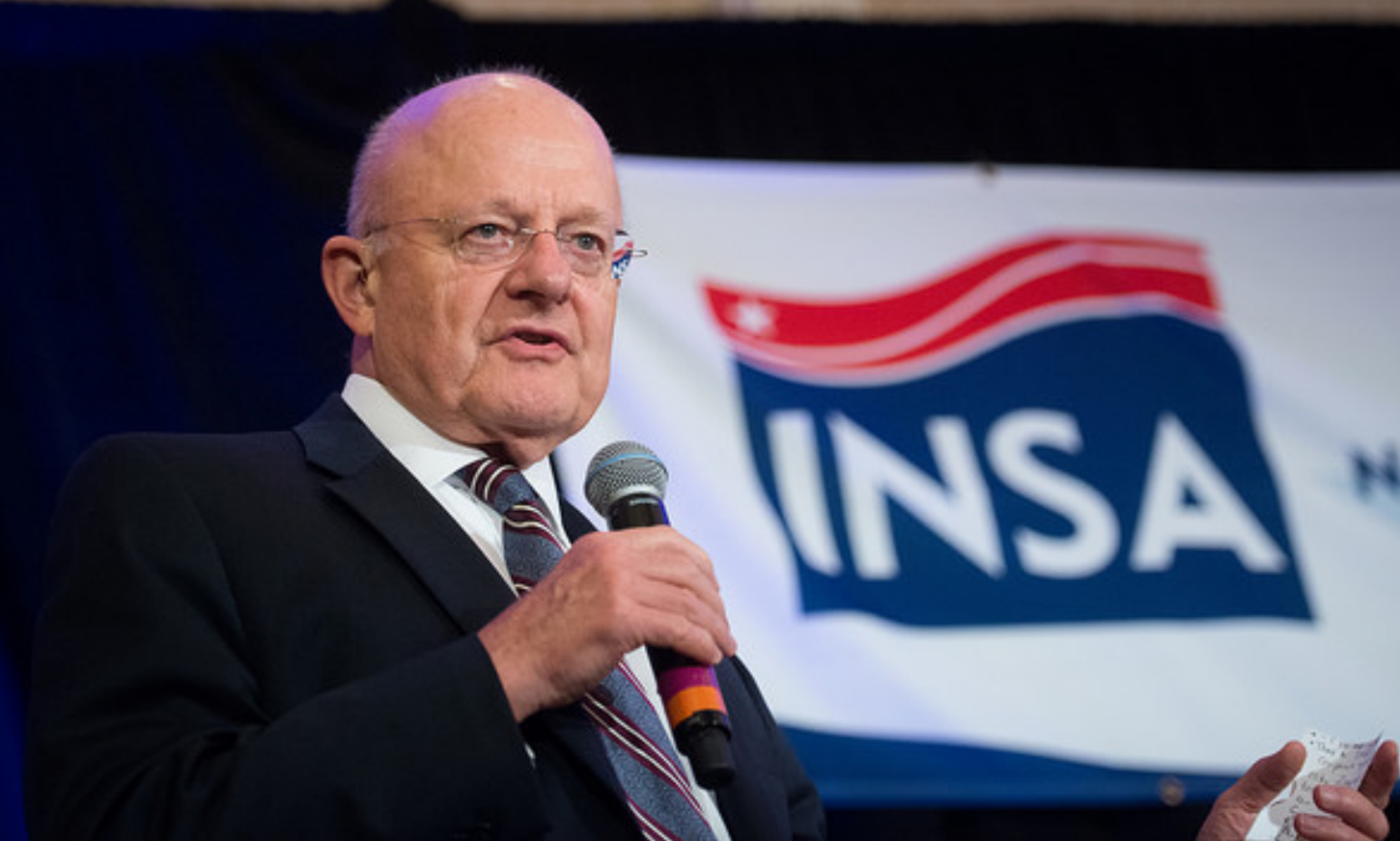 “A sustainable cost recovery model, optimized budget, new contract and procurement processes, and predictable revenue streams are issues that all need to be resolved,” states the INSA white paper, “IC ITE: Industry Perspectives,” released Sept. 11. “Achieving success requires clear and candid discussions with the industrial base regarding the impact IC ITE will have on the way software applications, mission capability and infrastructure will be funded, acquired, and integrated.”

Among the key areas of concern highlighted by the INSA white paper is the government’s shift to a platform-as-a-service model that is separate from software development. The shift would remove IT infrastructure revenue from industry’s application development contracts; help agencies avoid monolithic software applications and focus on modular development capable of combining and customizing capabilities from smaller, reusable services; and transition to “pay for use” software pricing, rather than a per-seat licensing approach.

“These trends impact industry’s revenue mix, overhead structure, and the way companies capitalize infrastructure,” the white paper states. “When the government formalizes an acquisition strategy that separates IaaS/PaaS programs from software development programs, industry will need to choose where in the stack they compete and will adapt to the revenue shift accordingly. New monetization strategies will need to be created.” 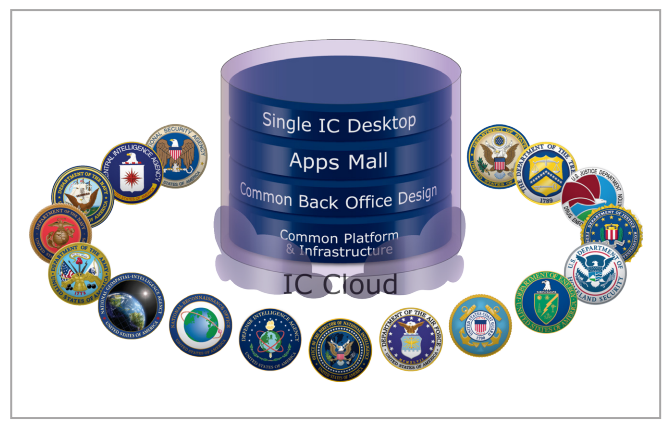 The INSA white paper also highlights the uncertainty surrounding the “Apps Mall” component of the intelligence community cloud. “A major point of confusion across the IC, by both government and industry partners, is in how applications in an ‘Apps Store’ would be priced. Pricing options for application development in an Apps Mall (PaaS) procurement environment, including industry revenue and profit models, intellectual property (IP) rights, and licensing strategies need to be addressed,” the white paper states. “Options include charging by user per year, charging per click of the application, and charging a base charge for the amount of time spent on the application with overages charged at a different rate.”

A spokesperson for the Office of the Director of National Intelligence acknowledged in an email to FedScoop that “flexibility” will be necessary in the way contracts are awarded but said the final contracting methods will depend on the specific acquisition requirement.

“For example the common IC desktop environment (DTE) and its supporting applications, which are acquired and managed on behalf of the IC by DIA and NGA, uses a centralized contracting model alleviating the burden for each agency to develop and manage independent agreements,” the spokesperson said.

“We have also selected agencies that already have excellent relationships with vendors to serve as the IC’s agent for acquiring services. Whether the government owns or rents, pays based on number of users, unlimited usage, cost per use, or some other model is dependent on the government’s needs and what the vendors propose,” the ODNI spokesperson said . “Our desire is to move away from separate agreements for each agency to a more centralized approach to help us maintain software currency and  improve configuration management of our DTE.”

The ODNI spokesperson pointed to the $600 million Commercial Cloud Service (C2S) contract awarded recently to Amazon Web Services and is managed by the CIA. This is yet another acquisition model, the spokesperson said, “where the commercial partner (Amazon) implemented the cloud inside the IC with essentially the same capability they provide to their commercial clients. That is, a platform as a service and eventually a marketplace of services that are built upon the Amazon platform. C2S also introduces a fee-for-service model.” Follow @DanielVerton