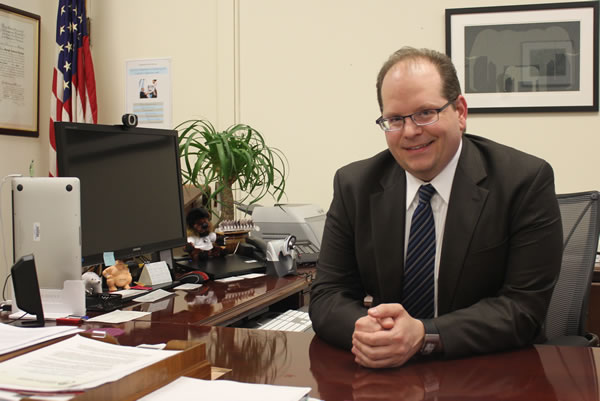 The Department of Interior is mid-way through a game of information technology leapfrog.

Just 18 months ago, the department was admittedly behind its federal government partners in the information technology services it was able to provide. Now, thanks to an agency-wide modernization program led by Deputy Assistant Secretary Andrew Jackson and Interior CIO Bernie Mazer, the department is poised to jump to the head of the pack as the project progresses.

“We are lucky in that we have a secretary in Ken Salazar who understands the impact technology can have on the way an agency operates,” said Jackson, who heads technology, information and business services at the department. “From the very beginning he has promoted this initiative, which requires the entire department to commence on this very sweeping strategy to consolidate our IT infrastructure.”

And Jackson, a former senior counsel at HP who worked on the company’s radical information technology transformation and consolidation project years before, has been the driving force since joining the agency three years ago as a political appointee from the private sector.

The modernization project is concentrating on the second of five “towers” of infrastructure services with the agency announcing the release of a request for proposal for hosting just last week. The first service tower focused on getting email and the associating collaboration tools in place, something the agency awarded earlier this year. After the hosting and storage contract is awarded, the department will then move on to consolidating desktop virtualization technologies and creating an enterprise services desk A fifth service tower for information assurance as a service underlies all of the new enterprise functions.

All of this will help consolidate a once expansive infrastructure that at one point included 14 email systems, more than 40 help desks and more than 200 data centers spread out across the department and its sub agencies.

Once complete, Jackson estimates the program could provide the agency approximately $100 million per year in cost avoidance. And that has all been done without extra investments as the money the agency has avoided spending on these information technology projects can be reinvested into new technologies.

If that sounds familiar it’s the strategy that U.S. Federal Chief Information Officer Steven VanRoekel has been championing the past several months. Interior, though, was ahead of that curve, utilizing that approach for the nearly two years of the program.

Another aspect to make the White House happy: Shared services. Jackson said with things like the hosting RFP that Interior will be able to leverage those services to other agencies. In fact, some have already been in contact.

“We really thought about the universe of cloud services that we need to provide,” Jackson said. “Our primary focus is trying to address our internal needs, but we also thought that if we were able to help others agencies then we’d very much like to do so as a federal partner and thus drive better economies of scale.”

Jackson said the plan is for the modernization to be complete by the end of federal fiscal year 2014 going into the beginning of fiscal year 2015, however the agency wants to keep evolving as the technology evolves to avoid having to make another large leap in the future.

“I think the reality is that, while we are concentrating on the tasks at hand, there is all this other technology that is right on the horizon that we have to constantly evaluate,” Jackson said. “However with the adoption of technology like software-as-a-service that updates itself regularly, we’re hoping that future changes can be smaller, more gradual, and more regular.”

Outside of the modernization project, Jackson said the department has been one of the government leaders in the mobility space. Earlier this year, the agency launched a portal that allows employees to access some core services through a browser.

A big part of that is services for employees like human resources materials, including the ability for Interior employees to mark time and attendance remotely – a big deal for the park rangers and other highly mobile employees usually working in remote areas.

“We had some employees accessing systems through our VPN and a satellite connection, which could frequently take 45 minutes to an hour to log on,” Jackson said. “For those employees this was actually an incredible hassle. Allowing them to use any dial up connection if that’s what they have, or their mobile device, such as an iPad, iPhone or personal Android device, they can still access these services. It seemed like such a simple thing, but after we launched, I had emails coming in from all over the department to thank me.”

And in the end that’s what the larger project is all about.

“We’re really excited about this,” Jackson said. “Secretary Salazar is really committed to this undertaking. That’s one of the great ‘secret weapons’ that we have here at Interior. I meet other federal agencies who ask, ‘Hey you’re so lucky. How are you able to get this far? How can you push such radical transformation?’ I just tell them that we are very fortunate to have a leader who, although he’s not necessarily someone who would consider himself a technophile, he also understands what’s possible.”