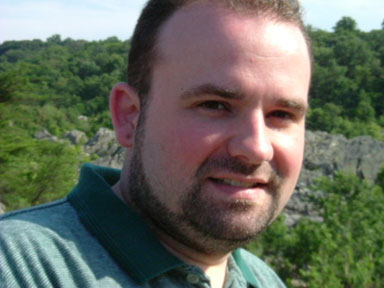 Greetings to all my fellow techies reading this new column. I’m John Breeden, and I’ll be your guide, friend, whipping boy, critic and hopefully well-loved columnist as we explore the haphazard world of high technology, and the sometimes interesting places where it intersects with government.

I’m going to call this column, and my moniker, the Technocrat. The word technocrat has several definitions. Our friend Wikipedia defines its most common meanings as someone who’s a member of a powerful technical elite, or someone who advocates the supremacy of technical experts. Basically, in a technocracy where technological prowess is the sole determination of who should be part of the ruling class, a technocrat would be a sort of royal family member of that society. Ahhhh. Sorry, I drifted off there a little bit, thinking about that particular utopia.

But that’s not why I choose Technocrat for the title of this column. Instead, I have a much less grand reason. It’s simply “techno” for technology, the way most of us earn our biscuits these days, indirectly or not. And then I added “crat” because it’s the last part of bureaucrat. So, I’ll be writing about technology and government. But if you want to treat me as some sort of royal, that’s OK too. I’m sure Lorde won’t mind.

I’m guessing a few of you may already know me, as FedScoop is a publication dedicated to technology and government issues. I’ve been writing about that field for the past 20 years. But for those who don’t know me, or if you want to know a little more about this new FedScoop Technocrat, let me give a little bit of my history.

I suppose I’ve always been a nerd, and that goes back to a time before it was cool to be one. The funny thing is, I kind of always knew I was a nerd, but I never really considered it to be a bad thing. My fascination with technology always won out over all other considerations, like being cool.

My first computer was an IBM PC. My parents bought it for me from a showroom. There were salesmen in suits, popcorn machines, finance officers and shiny new computers all arrayed in rows. It was not unlike buying a car today, minus the clear coat. I think my parents paid something ridiculous like $5,000 for it. The first night I had it, I played a game from Borderbund called The Ancient Art of War until 4 a.m. The next night, I took the entire system apart to see how it worked, nearly giving my mother a heart attack, even after I was able to put it all back together again.

In college, I took some programming classes, but found that stringing code wasn’t really the job for me. One of my friends even had a mental breakdown trying to follow that major. So, I got out with my sanity intact and followed my other love instead: journalism.

After college, I went to work at a little newspaper in Calvert County, Md. At the time, its readers were a little behind the curve in computer adoption, so I started writing a column called “On The Chip Side” that explained things like how to buy the best graphics card or what to look for in a printer. That column was a big success and got syndicated, eventually reaching an audience of 1.1 million, all from small and mid-sized papers in the region.

That column got the notice of Government Computer News magazine, and in 1998 the editor at the time, the legendary Tom Temin, tracked me down at home to find out if I would work for GCN. He told me GCN was a magazine about computers in government. The first question I blurted out was, “Are there enough computers in government for a whole magazine to cover?” For some reason, he hired me anyway despite my naiveté.

I worked for GCN for 15 years, first as a civilian-agencies reporter, but mostly as a reviewer and then director of GCN’s lab. There I was, tearing computers apart again like I did in my basement when I was a kid, and giving heart attacks to more people than just my mother. Over the years, I’ve also written a couple tech books and founded my own online computer games magazine, Game Industry News, which I sort of modeled after GCN, but please don’t tell them.

And that brings us to today, where I’m proud to be FedScoop’s new Technocrat columnist. I hope you’ll find this column and my sometimes offbeat insights entertaining and fun to read. And like the old Fat Albert cartoon professed, if you’re not careful, you may learn something before it’s done. But I won’t push that last part. I’m still learning every day, too, so perhaps we can learn some new things together.

So, here I am over my allotted word count, something I hope my new editor Camille Tuutti doesn’t mind too much, as I do tend to be overly verbose at times. As a preview of next week’s column, I’ll be finishing up the internal circuitry on my time machine, assuming I can get a good deal on industrial solder. I’ll be looking for a few suggestions as to what bungled government technology rollouts of the past I should go back and preemptively fix. Any of you who still own parachute pants, a Members Only jacket or bell bottoms, depending on how far back we have to go, can come along for the ride.