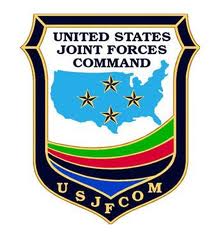 The Joint Capability Development Directorate (J8) will transition from U.S. Joint Forces Command  to the Joint Staff on Wednesday and become the Deputy Director for Command and Control, Communications and Computers (DDC4) as part of USJFCOM’s disestablishment.

According to USJFCOM, the DDC4 is responsible for overseeing the Command, Control, Communications and Computer Systems (C4)/Cyber Functional Capabilities Board (FCB), overseeing efforts to facilitate and integrate C4 initiatives, advising the chairman and director on C4 capability development and integration, and supporting the integration of approved C4 capability needs across DoD.

The DDC4 is comprised of three assistant deputy directorates to include C4/Cyber FCB, Net-Centric and Command and Control. The DDC4 is distributed between the Pentagon, Norfolk and Suffolk Va. and Eglin Air Force Base, Fla.