The senior executive responsible for managing the Department of Veterans Affairs’ contentious relationship with Congress and ensuring the agency’s cooperation with independent audits by the Government Accountability Office retired June 20, FedScoop has learned.

Assistant Secretary for Congressional and Legislative Affairs Joan Mooney has left the government after more than 20 years of service, the last five of which she spent overseeing VA’s responses to tens of thousands of congressional inquiries on everything from major privacy breaches and hacking incidents to the recent scandal involving informal wait lists.

A VA spokesperson confirmed Mooney’s departure in an email to FedScoop. “VA appreciates her service and commitment to Veterans,” the spokesperson said.

Mooney’s retirement comes less than a month after she testified before the House Veterans Affairs Committee about the latest VA inspector general report that concluded the agency had falsified waiting list records to conceal excessive wait times. The VA’s deliberate efforts to hide treatment delays and systemic problems with its nationwide electronic scheduling system led to the deaths of several veterans who were waiting for treatment. Mooney responded in anger, at times her eyes filling with tears, as lawmakers criticized her performance and asked if she would resign and accept the blame for the agency’s cover-up. 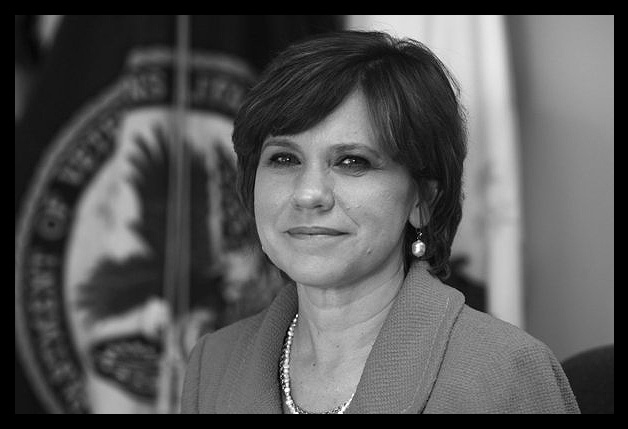 “We know that the facts of that report are utterly reprehensible,” Mooney said during the hearing. “That is what we know. And we owe a debt to all our veterans who served.”

Chairman Rep. Jeff Miller, R-Fla., reacted cautiously to news of Mooney’s departure and what it might mean for greater transparency at the agency.

“President Obama’s Department of Veterans Affairs is a case study in how to stonewall the press, the public and Congress,” Rep. Jeff Miller, R-Fla., chairman of the House Veterans Affairs Committee, said in an email to FedScoop. “And as VA’s despicable delays in care crisis made painfully clear, the department’s extreme secrecy has resulted in deadly consequences. The only way leadership changes at VA’s Office of Congressional and Legislative Affairs can be viewed as a positive development is if President Obama nominates a leader who understands that taxpayer funded organizations such as VA have a responsibility to provide information to Congress and the public rather than stonewalling them.”

Miller has been an outspoken critic of VA’s alleged lack of transparency, going so far as to establish a “Trials in Transparency” website, where the committee documents the difficulties it has experienced trying to get answers to questions dating back more than a year.

As of June 13, the committee is waiting on answers to 112 requests for information from VA, according to the site.

In one heated exchange during the May 28 hearing, Miller asked Mooney if she could say anything without referring to her notes, adding it takes “repeated requests and threats of compulsion” to get VA to appear before the committee to answer questions and provide documents.

“Until VA understands that we’re deadly serious, you can expect us to be over your shoulder every single day,” Miller said.

When Miller asked Mooney directly why she had not yet provided the committee with information on whether or not VA employees were disciplined for the deaths of nine veterans in Georgia and South Carolina, Mooney attempted to answer with statistics of how many requests her office had handled during her tenure. It did not sit well with Miller, who became noticeably angry and raised his voice in response.

“Ma’am, veterans died. Get us the answers please,” Miller said.

Mooney has served since 2009 as the principal advisor to the Secretary of Veterans Affairs on the department’s legislative agenda. As such, she created and managed VA policies, plans and operations related to all congressional and legislative matters affecting the department, according to her official bio. During her tenure, the Office of Congressional and Legislative Affairs led VA in hundreds of congressional hearings before a dozen committees, prepared the department for each GAO audit, presented thousands of briefings and responded to more than 100,000 congressional requests for information. She also served on VA’s Executive Leadership Board and other governance bodies; the Department of Defense-VA Joint Executive Committee; and the interagency Senior Oversight Committee (DoD-VA-Health and Human Services-Department of Labor), which addressed issues associated with care and services for returning service members.