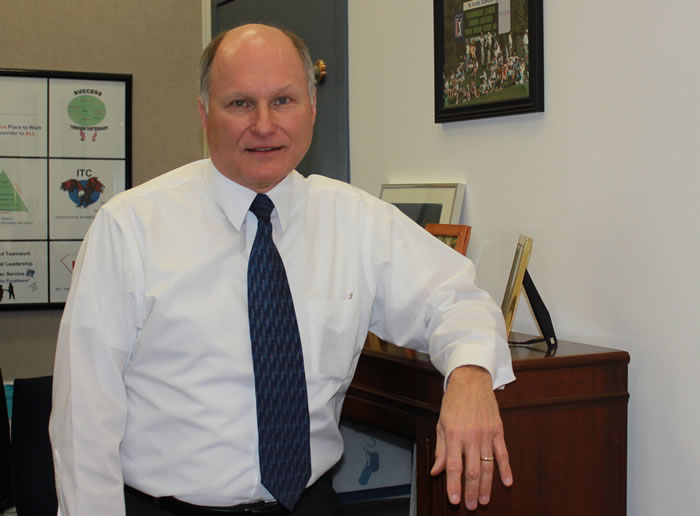 We interviewed Wiesner in his C Street office, where he said the IT modernization aims to consolidate the agency’s technical infrastructure that has been fragmented among its 9 sub-agencies, creating barriers in information sharing and collaboration, along with consuming the time of IT staff from focusing on more mission-oriented tasks.

“We found that so much of the time was dedicated to infrastructure projects,” Wiesner said. “We wanted to create an environment where we could worry less about maintenance and worry more about the mission of IT.”

Wiesner said the modernization program began three years ago when the new administration took office, knowing the power technology could have to bring efficiency to the agency. It got an extra push when then new secretary Hilda Solis was interested in hosting webcasts to connect with agency employees and stakeholders. What they found was varying levels of access and service among the sub-agencies: some handled the webcasts fine while others struggled.

With the support of the agency’s executives, Wiesner and the IT staff went on a nationwide listening tour, interviewing more than 700 DOL employees and issuing a department wide survey to find “the good, the bad and the ugly” of the agency’s IT and one thing was clear: e-mail was a problem.

“More than anything else that was everyone’s top pain point,” Wiesner said.

This was May of last year and with the Office of Management and Budget’s cloud-first policy in effect – plus seeing the success stories other agencies were having, notably the General Services Administration – agency officials decided to investigate a cloud email system for its functionality, collaboration tools and potential cost savings.

Wiesner said GSA senior IT leaders met with him and his team to discuss the different aspects of going to a cloud email system.

“They communicated a lot of strategy and we really learned a lot about what the transition would entail,” Wiesner said.

One important point, Wiesner said, after GSA migrated to cloud email was seeing how GSA employees took to the collaboration tools available in cloud as a number of employees began using things like instant messaging, document sharing and the like without training.

With the award, Wiesner expects the department to be up and using cloud email this summer. That’s just one part of the modernization plan as Wiesner expects future improvements in systems like remote access and mobility. He is scoping out a roadmap for what solutions the department can go to with the goal of implementing them in subsequent fiscal years.

“We’re seeing a major change in the way we do business that over the long haul will have a dramatic way on how the agency operates,” he said.