NASA’s newest iPad app gives users a glimpse into how a changing climate and natural disasters are quickly transforming the landscape of the planet.

The Images of Change app is an interactive experience for users; it presents sets of images from around the world in areas that have suffered a disaster, such as a tsunami or fire, or illustrate the effects of human activities including urban expansion or dam development.

“Images of Change gives users an astronaut’s or Earth explorer’s view of the changes occurring on our planet and demonstrates the important role NASA plays in contributing to the long-term understanding of Earth,” said John Grunsfeld, NASA’s associate administrator for science in Washington. “By utilizing ground-based and space-based observation systems, we are able to better understand how humans are contributing to a changing world.”

The images come from the Images of Change gallery on NASA’s Webby-award winning Global Climate Change website. The photos are taken at both satellite and ground level and can be viewed either side by side or overlayed, using a slider bar, to travel from past to present.

The app is part of NASA’s broader initiative to make climate information more available to the citizens and decision-makers, a goal that aligns with President Barack Obama’s Climate Action Plan.

Many images show the impacts of climate change, such as receding glaciers and persistent drought. 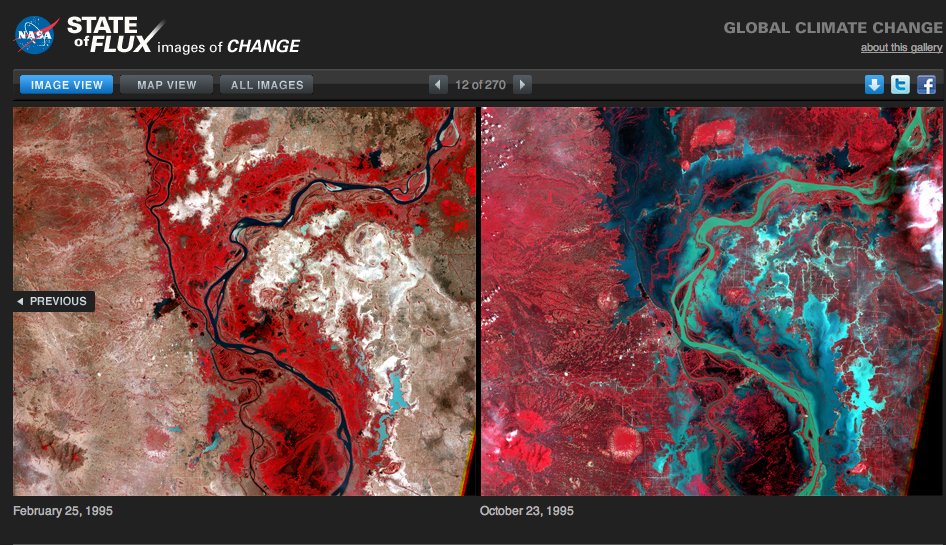 Images of a flood in Cambodia, from 1995.
Image: Climate.nasa.gov 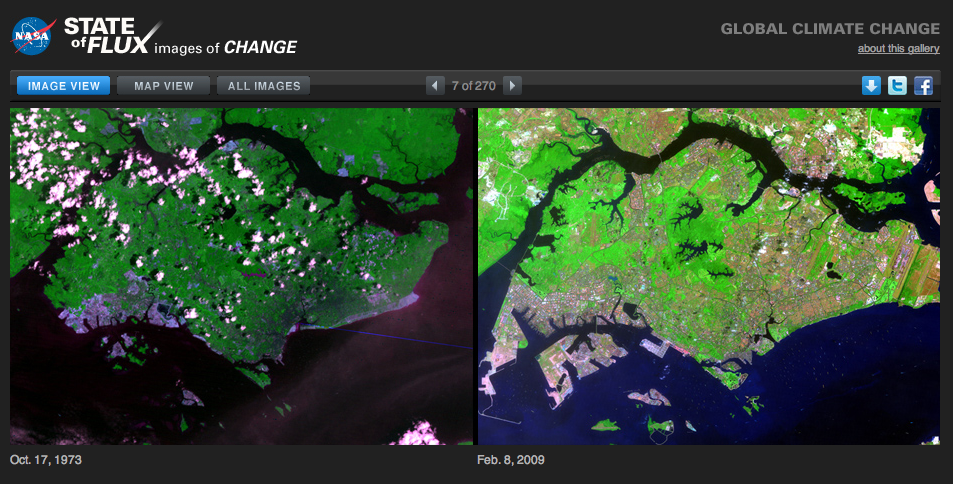 These images show the physical expansion of Singapore between 1973 and 2005.
Image: Climate.nasa.gov 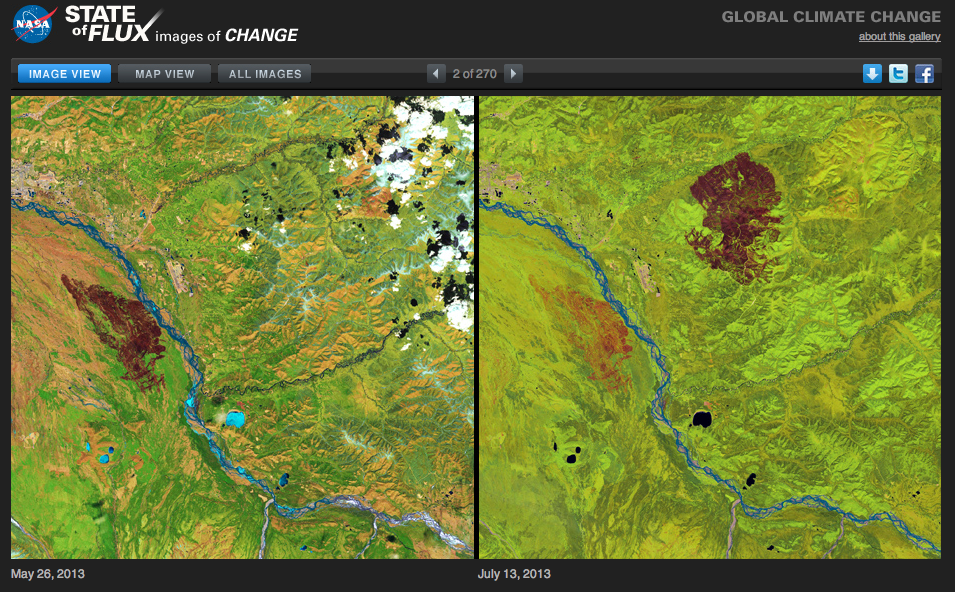 The image shows the scars left on a valley in Alaska from a 2013 wildfire.
Image: Climate.nasa.gov

The iPad app can be downloaded from iTunes here.