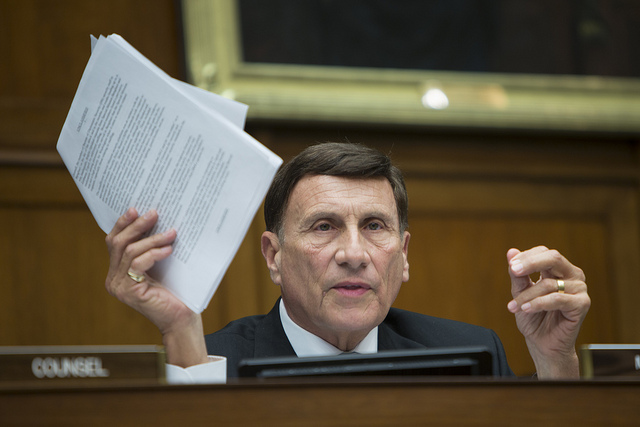 It is hard to tell whether federal data center consolidation efforts are actually saving taxpayers money. Why? To start, no one is tracking agency progress in closing data centers against the cost-savings goal, according to congressional lawmakers.

As part of the Office of Management and Budget’s Federal Data Center Consolidation Initiative, 24 agencies were tasked with eliminating duplicative data centers with the goal to close 40 percent of the 3,133 total federal data centers, by the end of 2015. Data center closings were supposed to save the taxpayer $3 billion in cost savings by the end of 2015.

Despite agencies’ progress, a recent Government Accountability Office report found movement toward the $3 billion goal could not be determined because OMB had not tracked cost savings.

Coinciding with the release of the GAO report, the House Subcommittee on Government Operations held a field meeting May 14 to discuss data center consolidation efforts and the potential cost savings of cloud computing. The hearing was chaired by Rep. John Mica (R-Fla.) and Ranking Member Rep. Gerry Connolly (D-Va).

David Powner, director of information technology management Issues at GAO, Bernard Mazer, chief information officer at the Interior Department and chair of the Federal Data Center Consolidation Task Force, and Kenyon Wells, vice president of business engineering at CGI Federal, were among those who testified.

Noticeably absent from the hearing were representatives from OMB and the General Services Administration. Mica noted because both agencies had declined to send representatives, another hearing would have to be scheduled.

To fulfill the memo’s mandate, GSA and the Federal Data Center Consolidation Task Force, alongside OMB, were charged with implementing and tracking agencies’ progress under the initiative.

In line with the FDCCI, agencies shuttered 420 data centers by the end of December 2012 with plans to close an additional 548 for a total of 968 by December 2015. This figure would put agencies 285 closings short of OMB’s goal.

According to OMB, the FDCCI will soon be integrated with PortfolioStat, although no time frame for this consolidation has been given. This shift gave rise to additional concern for Powner, who said “having the right metrics and transparency moving forward is currently a big question mark.”

Connolly and Mica were highly critical of OMB’s leadership in the initiative and expressed concern about the lack of metrics and cost-savings data.

“[I]f we are not seized with a sense of urgency about that mission, federal agencies are going to have to do less with less and that will not serve the American people very well,” Connolly said, referring to the importance of data center consolidation.

Achieving efficiencies via cloud solutions is critical during this time of budget contraction, Connolly said. As part of data center consolidation, OMB has directed agencies to migrate systems to or replace them with Internet-based services and resources.

“I am confident that cloud computing and data center consolidation [have] the potential to provide modernized IT at significant cost savings,” Mazer said.

According to Powner, many agencies have made progress in implementing cloud-based solutions. Challenges remain, however. Those include meeting federal security requirements unique to government agencies, such as continuous monitoring and maintaining an inventory of systems. In addition, the on-demand, scalable nature of cloud services can make it difficult for agencies to define specific quantities and costs, and such uncertainties make contracting and budgeting difficult.

by Dave Nyczepir • 23 hours ago
Acquisition