The fight to bring science, technology, engineering and mathematics to the forefront of American education was front and center Tuesday at the Newseum, as FedScoop brought leaders from education, government and industry together for its first-ever Tech Town Hall.

A host of panelists tackled STEM from a number of angles, including ways STEM professionals are rapidly advancing technology, how STEM careers can be promoted throughout underprivileged schools and how students can be sold on STEM’s “cool factor.”

“I think we all have a responsibility to help push our sons and daughters to really think outside the box,” Ellen McCarthy, chief operating officer at the National Geospatial-Intellignece Agency, said during a panel focused on engaging women in STEM. “It is imperative that we keep in front of this incredible technology revolution we are in right now.” 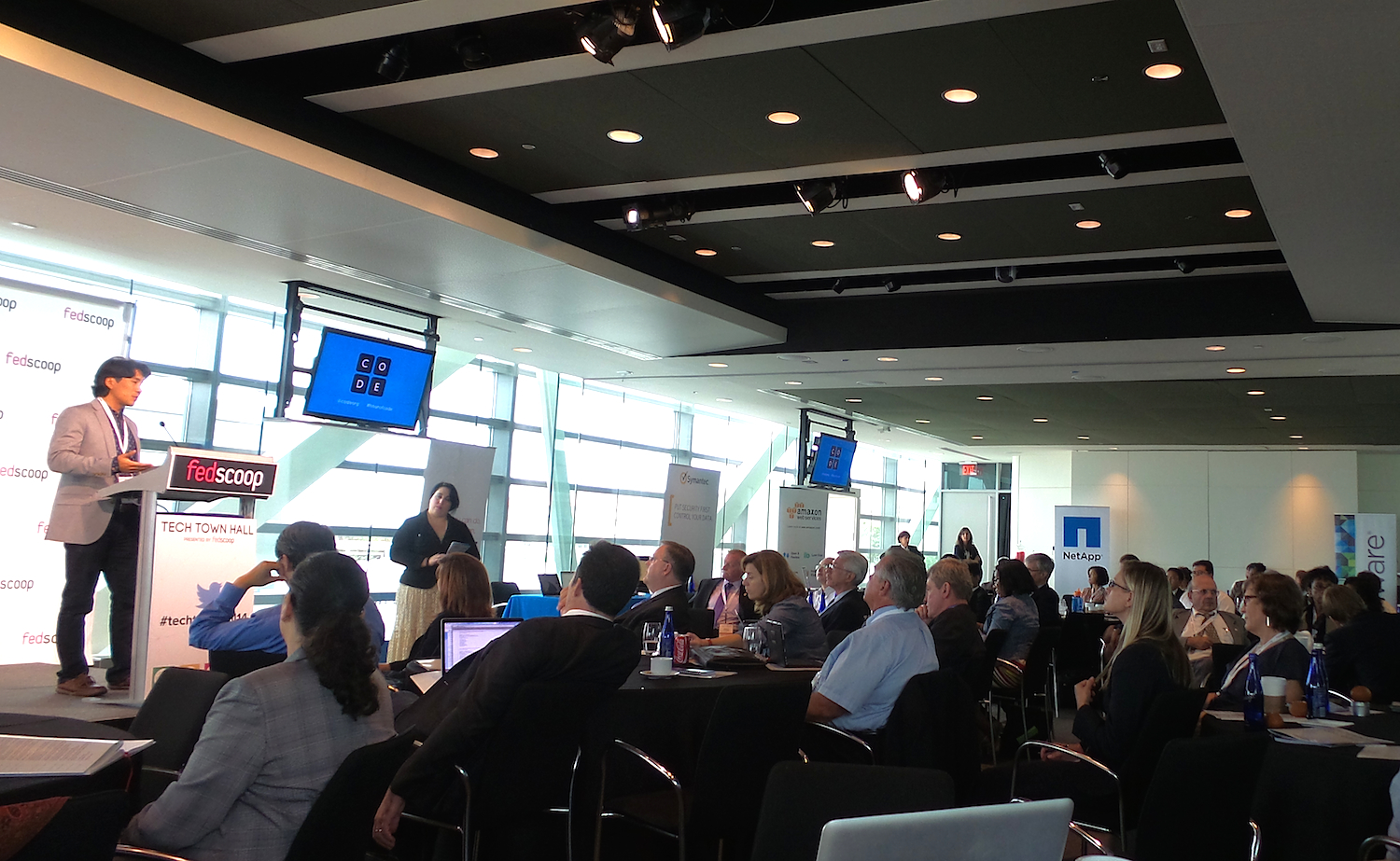 Pat Yongpradit, director of education for Code.org, said he has talked to a number of college professors who say their students are just not prepared for computer science courses. (Photo: FedScoop)

“In half of our states, you can take computer science and it counts the same as cooking,” Yongpradit said.

“The coolness is built into our curriculum,” Yongpradit said. “We’re trying to make things cooler for kids.”

What Most Schools Don’t Teach from FedScoop

A number of panelists want people to rethink of STEM outside of its cool factor and how it can better combined with the nation’s education policy.

“One of the things that is lost in the debate is that so much of the policy in place treats STEM education like its sole purpose is to churn out rocket scientists,” said James Brown, executive director of the STEM Education Coalition. “Fifty percent of STEM jobs don’t require a four-year education.”

“Policymaking in D.C. requires a good deal of creativity,” said Kumar Garg, the assistant director for learning and innovation at the White House. “How do we get American kids from the middle of the pack to the top of the pack in science and math achievements?”

There was a bevy of suggestions to that question, ranging from overhauling No Child Left Behind to instituting more programs outside of the classroom. Camsie McAdams, deputy director of the Education Department’s Office of STEM, said her team is working on getting funding to implement a number of STEM-focused programs and initiatives.

“We aren’t just engaging women, people of color and students with disabilities,” McAdams said. “We would really like to sustain youth engagement in STEM.”