Don Sheehan, the longtime director of business continuity at the Department of Veterans Affairs, left the agency Nov. 8 for a position in the private sector, FedScoop has learned.

Sheehan, who joined the VA’s Office of Information Security in 2003, is credited with successfully leading the VA’s emergency response to Hurricanes Katrina and Sandy, and is considered to have been “a driving force” in the creation of the VA Trusted Internet Connection gateways, according to an email obtained by FedScoop from deputy assistant secretary for OIS, Stanley Lowe. 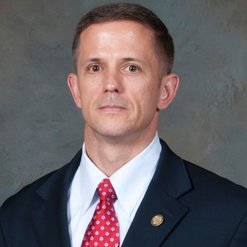 Donald Modder has been named the new chief of staff at VA’s Office of Information Security. (Photo: LinkedIn)

“Always the team player, Don stepped up as the acting ADAS of security operations when Chris [Wlaschin] left over the summer,” Lowe said in the email.

Lowe also announced Donald Modder has taken over as the new chief of staff for OIS. Modder is a former program manager for product development at VA.

“Don brings a wealth of experience in project management helping organizations ‘get things done,'” Lowe said. “As chief of staff, he will work to improve collaboration, continuity, and efficiency throughout OIS.”