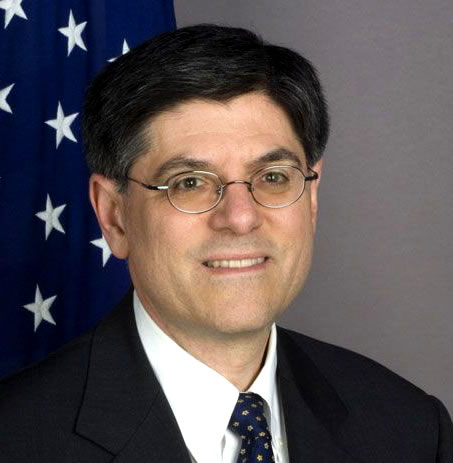 President Obama announced Monday that William Daley will step down as his Chief of Staff at the end of the month to be replaced by Office of Management and Budget Director Jack Lew.

With Lew leaving OMB to become Obama’s top aide, the question for the government IT community is who will fill his shoes.

One name impossible to ignore is Deputy Director for Management and Chief Performance Officer Jeff Zients, who served as acting OMB Director from July to November 2010.

Zients has a long history of working within the federal IT community, most notably penning the “25-point Plan to Reform Federal Information Technology Management” and handling a reorganization of the federal government to make it run more efficiently. Zients outlined the initiative in a memo to the government’s Senior Executive Service in the fall of 2010. One primary area of focus is reforming how the government buys and manages information technology.

To bring outside expertise into government, Zients organized a Forum on Modernizing Government at the White House in January 2010 that brought 50 private sector CEOs together with senior government managers and CIOs to discuss best practices in large scale IT project management.

Zients also worked in technology during his private sector career.

Jacob Lew was confirmed by the Senate on November 18, 2010, as the Director of the Office of Management and Budget, a position he previously held from 1998 to 2001. Before returning to OMB, Lew was the first Deputy Secretary of State for Management and Resources, in which capacity he served as Chief Operating Officer of the department.

Before joining the State Department, Lew served as managing director and chief operating officer of Citi Global Wealth Management and then Citi Alternative Investments (CAI). Before that, he was executive vice president and chief operating officer of New York University, where he was responsible for budget, finance, and operations, as well as a professor of public administration. From 2004 through 2008, Lew served on the Corporation for National and Community Service Board and chaired its Management, Administration, and Governance Committee.

Lew served in President Clinton’s cabinet as the Director of the Office of Management and Budget (OMB). From 1998 to 2001, he led the Administration budget team and served as a member of the National Security Council. During his tenure at OMB, the U.S. budget operated at a surplus for three consecutive years. Earlier, Lew served as OMB’s Deputy Director and was a member of the negotiating team that reached a bi-partisan agreement to balance the budget. As Special Assistant to President Clinton from 1993 to 1994, Mr. Lew helped design Americorps, the national service program.

Lew began his career in Washington in 1973 as a legislative aide. From 1979 to 1987, he was a principal domestic policy advisor to House Speaker Thomas P. O’Neill, Jr, where he served at the House Democratic Steering and Policy Committee as Assistant Director and then Executive Director. There, he was the Speaker’s liaison to the Greenspan Commission, which negotiated a bipartisan solution to reform Social Security in 1983 and was responsible for domestic and economic issues, including Medicare, budget, tax, trade, appropriations, and energy issues.

Before joining the Obama Administration, Lew co-chaired the Advisory Board for City Year New York and was on the boards of the Kaiser Family Foundation, the Center on Budget and Policy Priorities, the Brookings Institution Hamilton Project, and the Tobin Project. He is a member of the Council on Foreign Relations, the National Academy of Social Insurance, and of the bar in Massachusetts and the District of Columbia.

Jeffrey Zients was confirmed by the Senate on June 19, 2009 as the Deputy Director for Management of the Office of Management and Budget and the nation’s first Federal Chief Performance Officer, and served as OMB’s acting director from July-November 2010. He has twenty years of business experience as a CEO, management consultant and entrepreneur with a deep understanding of business strategy, process reengineering and financial management. His expertise extends across a broad range of industries and geographies. Zients served as CEO and Chairman of The Advisory Board Company and Chairman of the Corporate Executive Board, firms that are leading providers of performance benchmarking and best practices across a wide range of industries, assisting senior executives at over 5,000 businesses to improve the efficiency of their operations. Zients began his career in management consulting at Bain & Company and Mercer Management Consulting, where he focused on developing strategies and improving operations of Fortune 1000 companies. Immediately prior to his Senate confirmation Zients founded an investment firm focused primarily on growth companies in the business and healthcare services sectors. He also co-founded The Urban Alliance Foundation, a non-profit organization that partners with corporations to provide economically disadvantaged youth with year-round paid internships, adult mentors and job training. Zients graduated summa cum laude from Duke University with a degree in Political Science. He and his wife Mary live in Washington, D.C. and have four children.