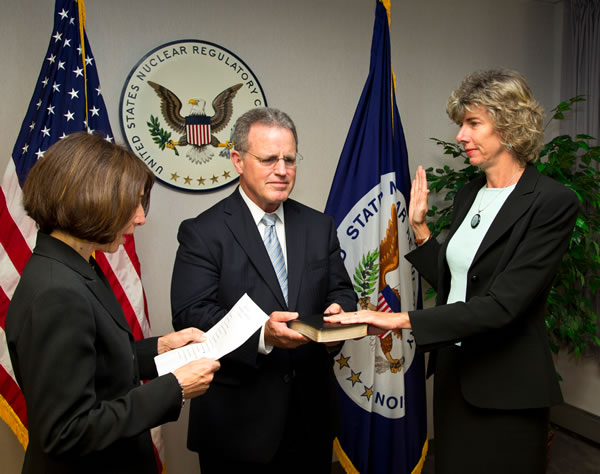 Allison Macfarlane was sworn in as the fifteenth chairman of the Nuclear Regulatory Commission on Monday.

She became the thirty-third individual to serve on the commission since its creation in 1975, and only the third woman to hold the top job at the agency, which regulates the civilian use of nuclear materials.

Macfarlane most recently was an associate professor of environmental science and policy at George Mason University in Fairfax, Va. She holds a doctorate in geology, is an expert on nuclear waste, and from 2010 to 2012 was a member of the Blue Ribbon Commission on America’s Nuclear Future.