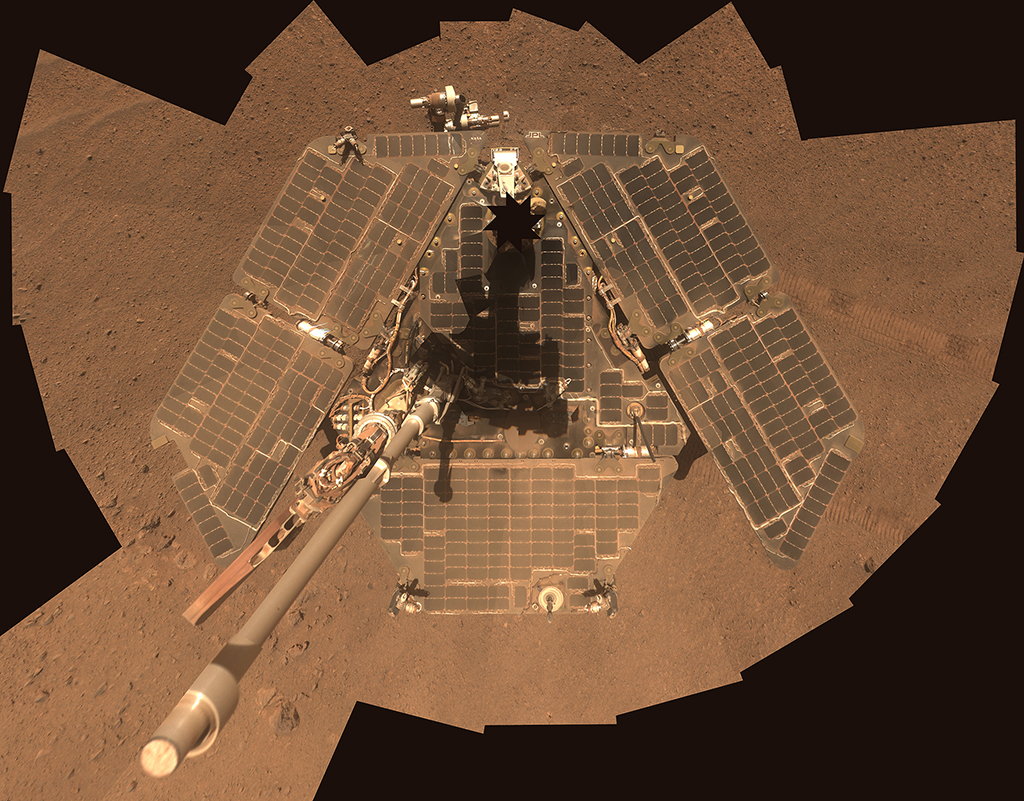 A self-portrait of NASA’s Mars Opportunity Rover, taken in March 2014. Opportunity will be undergoing a reformat after scientists tried to reset its internal memory. (Image Credit: NASA/JPL-Caltech/Cornell Univ./Arizona State Univ.)

NASA’s Mars Opportunity Rover was only slated to work a three-month mission on the red planet, yet it has been in operation for more than a decade. Even Earth-bound computer systems need to undergo maintenance every now and again, let alone one that has been operating for 10 years approximately 125 million miles from Earth.

In the coming days, NASA’s Jet Propulsion Laboratory will be reformatting Opportunity’s onboard system in order to wipe flash memory, which has been getting in the way of the rover’s science missions. The flash memory has become worn out from repeated use, causing the team at NASA’s JPL to reset Opportunity’s systems a dozen times last month.

“Worn-out cells in the flash memory are the leading suspect in causing these resets,” said John Callas, project manager for NASA’s Mars Exploration Rover Project, in a statement. “The flash reformatting is a low-risk process, as critical sequences and flight software are stored elsewhere in other non-volatile memory on the rover.”

Opportunity’s flash memory, which works similar to how smartphones store photos or songs, hasn’t been reset since launching in 2004. Five years ago, NASA performed a similar reboot on Opportunity’s companion unit, Spirit, to stop a series of “amnesia events” that plagued the rover.

NASA will download all of the useful data on Opportunity and then place the vehicle in a “safe mode” while the reformat takes place.

The team also plans to reprogram the unit’s communication sessions in order to give it a slower but more reliable data transfer system. NASA has given considerable attention to data transfer projects in the past few weeks, with a request for information that called for commercial options to build cost-effective data relay orbiters that closed Aug. 23.

NASA’s rover project is part of an ongoing mission that plans to send a human to Mars in the 2030s.