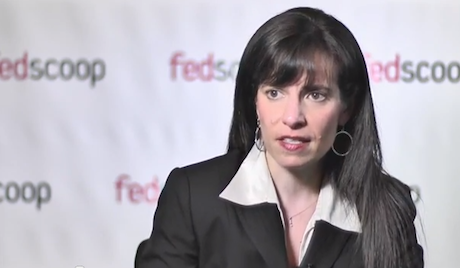 Dr. Phyllis Schneck, McAfee’s CTO and vice president of the global public sector, will soon head to DHS as deputy undersecretary of cybersecurity.

The Department of Homeland Security is getting closer to having a new head for its cybersecurity division.

A source familiar with the matter confirmed Aug. 6 to FedScoop that Dr. Phyllis Schneck, McAfee CTO and vice president of the global public sector, has been chosen as DHS’ deputy undersecretary of cybersecurity.

An official announcement will come “very soon,” the source said, adding, “it’s a great position, and I know she’s excited.”

Schneck will be stepping into the shoes of cybersecurity veteran Mark Weatherford, who left DHS in April after 18 months. Bruce McConnell, the interim replacement, announced he was leaving in July.

In this role, Schneck will be responsible for protecting U.S. networks from cyberattacks, with particular emphasis on malicious foreign adversaries.

At McAfee, Schneck has been responsible for the strategy of technology and policy in cybersecurity in the public sector. She has more than 14 years of experience in both the public and private sectors. In addition, Schneck serves on the information and security advisory board at the National Institute for Standards and Technology, and also spent eight years on the national board of directors of the FBI’s InfraGard program.

In a video interview with FedScoop in June, Schneck talked about her work at McAfee and her pride in working toward more industry and government innovation, saying how her company has been “absolutely relentless in how we protect, how we go forward and how we discover new technologies.”