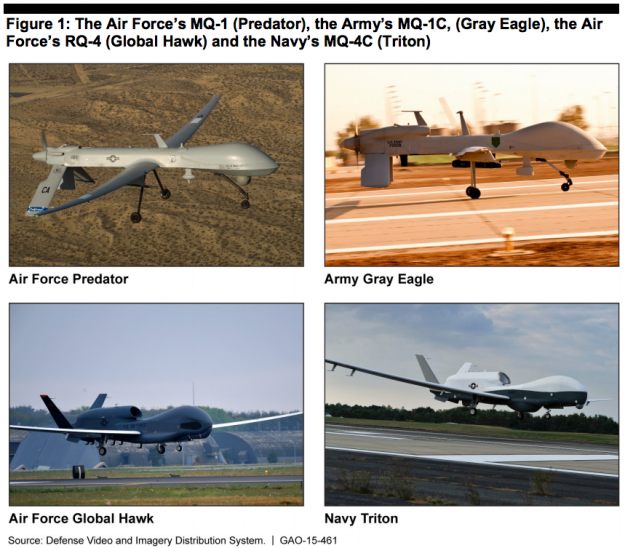 The top Republicans and Democrats on the Senate Armed Services Committee sent a letter Wednesday to Defense Secretary Ash Carter urging the Pentagon chief to establish common training standards for drone pilots across the military as the services struggle to develop the force amid significant personnel shortfalls.

The Air Force and the Army have made attempts to mitigate the impact of significant pilot shortages to fly existing aircraft and missions as well as the growing requirements around unmanned systems. But those efforts have led to problems in the training pipeline, according to a recent Government Accountability Office report, including most Army pilots failing to complete fundamental training requirements in 2014 and only 35 percent of Air Force pilots completing training for all of the missions they must support.

“We are disturbed that the Department of Defense has no standardized training program for UAS pilots and personnel,” wrote Senate Armed Services Committee Chairman Sen. John McCain, R-Ariz., and ranking member Sen. Jack Reed, D-R.I. “The continued lack of consistent and uniform training standards is simply unacceptable. In addition to collecting critical intelligence, the department’s UAS programs carry out sensitive strike missions that should require high standards and specialized training.”

The Pentagon’s unmanned aerial system fleet has grown to more than 10,000 platforms, rivaling the size of its traditional manned aircraft fleet. Each of the services fly unmanned systems, but the Air Force and the Army have the largest number of drone pilots who are qualified as traditional pilots and capable of flying the largest UAVs. But while each service flies a different mix of unmanned systems, they also employ different terms for drone pilot positions and different strategies for filling those slots.

GAO’s investigation, which included focus group interviews with pilots, found that the lack of training stems from units being overwhelmed with real-world operational requirements and a lack of reporting and visibility into the training status of unmanned system units.

In addition, the services have not coordinated their training efforts and processes, which has sometimes led to training cancellations that could have been avoided by using the processes put in place by another service.