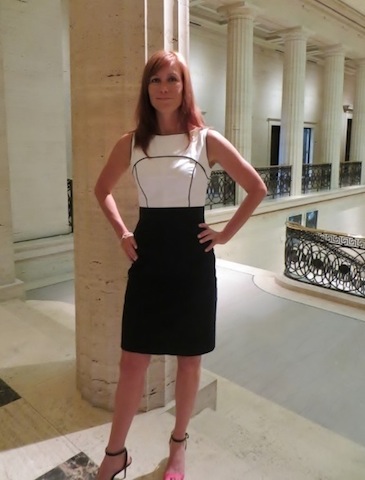 After a stint in the private sector, the nation’s first state chief data officer has returned to her government roots — only this time, she is tackling data management and governance on a higher level.

The Federal Reserve Board of Governors recently named Micheline Casey, former CDO for Colorado, to the newly created role. Although a new position, Casey’s hiring was no hasty decision: For the past three years, the board had been mulling over data management and data governance, both challenges precipitated by the financial crisis and the realization it was necessary to break down the siloed way of thinking and promote information sharing among different divisions.

Throughout the years, the board used different methods to manage incoming data, but not without its challenges. With a large agency born before the digital age typically comes the siloed legacy environment, a problem not unique to the government sector. In recent years, the board carefully considered the options around handling data in the best way possible. A consulting firm helped with strategic planning, recommending the creation of a formal data governance program and an office of the chief data officer to oversee those efforts.

And thus, the genesis of the board’s CDO, a role into which Casey transitioned in May, after 20 years in the technology industry, most recently as a consultant focused on data management and data governance as well as the strategic plans and implementation efforts. Between 2009 and 2011, she served as Colorado’s — and the nation’s — first state CDO after working in the Colorado governor’s office as director of identity management supporting the chief information officer.

The board has a unique mission, as the main governing body of the Federal Reserve System. It oversees the 12 District Reserve Banks and aids with implementing national monetary policy. The actual issues and challenges are not exclusive to the agency, but appear in most organizations. In short: trying to figure out what data exists and ensure it goes where it is supposed to go.

Nailing down those two foundational issues will help grant the agency and the economists who work on monetary policies and regulations unprecedented access to the treasure trove of financial and statistical data, and allowing everyone to be more proactive and agile when handling financial stability, Casey said.

“For this institution, in particular, the volume of data is exponentially increasing, and has been since Dodd-Frank,” she said. “Part of that is due to the added oversight responsibilities that the organization has. There are also more data sets available than there ever have been, and this increase in growth isn’t going to slow down anytime soon.”

The evolution of the CDO

The CDO role is relatively new to government, although industry boasts its first emergence in the early 2000s, when companies such as Yahoo! added the position to its executive suite.

The Federal Communications Commission blazed the trail as the first federal agency to appoint not one but numerous CDOs, almost a decade after the private sector CDO made its first appearance. FCC decided one CDO was not enough, so it tapped one for each of its 11 bureaus and offices, beginning with Greg Elin, who has served as the agencywide CDO since 2010.

Gartner predicted in a report as late as December 2012 the CDO was not a fad but rather a foresight. And seemingly, some agencies agree. Today, CDOs are sprinkled throughout the government, including in the U.S. Army, where Ronald Bechtold holds that position; the National Institutes of Health, where Eric Green serves on a temporary basis; and the Consumer Financial Protection Bureau.

As the CDO matures, the role will become better defined — and its desired skill sets. Similar to any technologist on the executive level, a successful CDO needs more than just tech savvy, and Casey emphasized a demand for strategic business and leadership skills.

“You need people who can break down silos and be politically savvy, and be collaborative and have diplomatic skills because silo busting isn’t easy,” Casey said. “There’s a lot of ownership and pride in data assets, and in most organizations people are not incentive to collaborate and share data.”

Casey emphasized data and IT are no longer intertwined as they used to be. With the Internet’s global interconnectedness, CIOs are much more focused on infrastructure and technology policies — think BYOD — than the actual data. It does, however, not mean the two will never work together.

“Thinking about how data can be leveraged to support business needs, and having a chief data officer working collaboratively with the chief information officer, particularly in data-intensive environments, is a really nice partnership,” Casey said.

What’s next for the CDO?

In the near term, “CDOs will probably have their hands full dealing with the ‘as is,’ as they move forward into a really fun-to-be environment,” Casey said. But in many organizations dealing with the fiscal reality, the discussion will be rather around efficiency than innovation, Casey said, citing the Porter hypothesis that suggests innovation and efficiency seldom occur simultaneously.

Casey also predicted a future discussion on data acquisition costs and how organizations wrap their arms around the pure volume of content they could acquire to enhance and add value to their business processes. Eventually, CDOs will have to think about how to manage and slow the rate of growth of the cost of acquiring data.

Another important consideration with data acquisition is the taxonomy and language in contracts — “what are the legal standards needed in contracts in order to maximize our ability to use data internally and not have 10 contracts with a vendor for x amount of data,” Casey cited as example.

Following the release of the open data policy, Casey said she has seen a maturation of the thought process around open data. The executive order focuses on the lifecycle of data — agencies are now required to analyze privacy, confidentiality, and security risks into each stage of the information lifecycle to identify information that should not be released.

But what matters in the end is that the mandate is for the good of the citizens, Casey stressed.

“Ultimately, the goal is, how do we provide data that citizens have paid for?” she said. “I like the progress we’re seeing in the world of open data.”

Why your security tools...

by Julia Weaver • 5 hours ago
Modernization