Over the last two years, the White House’s Office of Science and Technology Policy has made gathering visible and invisible information about the Earth a priority. Now, the office is looking for a way to capture that data from the sky for less.

“Satellite platforms can be costly, and technology improvements are implemented on lengthy timeframes,” the RFI said. “As microsatellite technology improves, the cost of collecting sustained and scientific observations from space may decrease, not only reducing costs for current observations, but potentially enabling additional missions.” 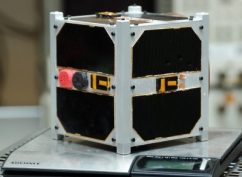 According to Rich Leshner, the director of government affairs for Planet Labs, a company devoted to the development and deployment of microsatellite technology, the existence of OSTP’s RFI implies that small satellites can do quality data collection at a lower cost.

“I think what OSTP is appropriately trying to learn here is to really get a sense of the breadth of those capabilities,” Leshner said. “While it might be worded in such a way as to ask about feasibility, I think there’s really an appreciation for the feasibility that’s already been proven.”

Leshner said the agency might be most interested in whether the devices can provide data on weather, health, environment and other so-called societal benefit areas. He said they can.

“It would probably come from a mix of different satellites and different constellations with different sensors across them,” Leshner said. “Collectively, the American industry that is working on these problems is going to be able to tackle these challenges for sure.”

According to the RFI, the public input provided to OSTP will inform the agency about the “state of technologies associated with microsatellites to meet the nation’s civil Earth observational requirements.”

Yet, Leshner said, only some microsatellite technology could directly benefit civil Earth observation technology right away; however, the more sensitive and specific data collection methods could be achievable in the near future.

“I think there are some things that could happen relatively quickly and then some things that would take longer and what that depends on is the degree to which certain things might require slightly more sensitive instrumentation, which would require a little more time for development and planning and integration into slightly smaller platforms,” Leshner said. “Certainly some of those things can be done very, very soon.”

The RFI builds on the plan the agency released in July, which established the role the federal government would play in the observations. Last month, OSTP brought its work in Earth observatons to the international stage at the Multinational Group on Earth Observations meeting in Geneva.

Although the use of microsatellites explicitly for civil Earth observations could be new, the use of the systems are not. In 2006, the Atmospheric Neutral Density Experiment, which examined the effect of atmospheric drag on spacecraft, employed the use of two spherical microsatellites designed by the Defense Department’s Naval Research Laboratory. The Pentagon has also expressed interest in using the systems for large-scale surveillance; however, the establishment of such a robust system could take more than a decade.

The increased focus on civil Earth observations in the federal government is slow-going as well. In fact, in the Office of Management and Budget’s fiscal year 2016 guidance, the agency called on interagency coordination to ensure that all areas of Earth observation are covered and aligned with the national plan.

Planet Labs hasn’t decided whether it will weigh in on OSTP’s RFI, but Leshner said the benefits of using microsatellites for Earth observation data collection outweigh the costs. 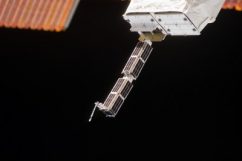 “With advances in so many other areas of technology really pushing boundaries, small spacecraft are now getting to a place where they can utilize a lot of those other advances and take advantage of them and apply them to space in such a way to drive significant improvements for cost and performance,” Leshner said.

He added, “It’s all about creating innovation in a small platform, rapidly innovating in that small platform and using the combination of those kinds of innovations to drive down costs, and as a result, enable new missions.”

OSTP did not respond to FedScoop’s requests for comment on the RFI by publication.