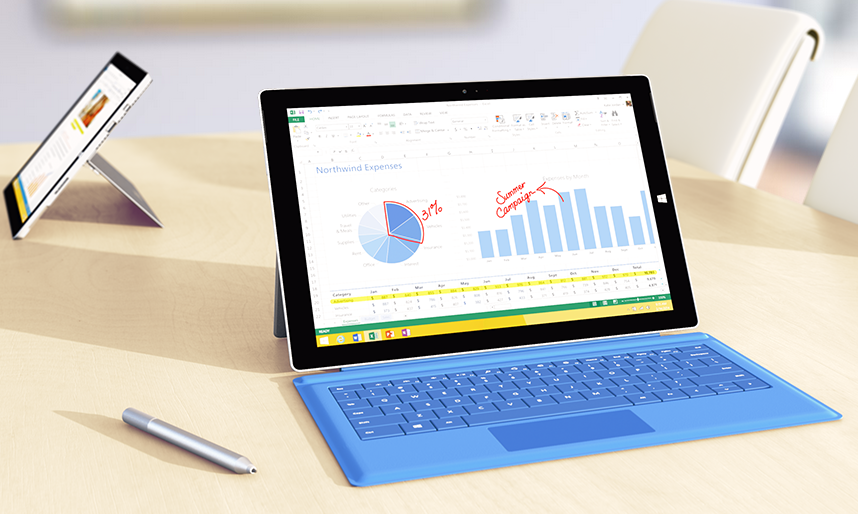 One of the newest devices approved for government service is Microsoft’s Surface Pro 3, a hybrid tablet designed to also pull duty as a desktop. Recently placed on the General Services Administration (GSA) Schedule, the Surface Pro 3 is now available to feds with few restrictions.

This week, I took a few minutes to chat with Microsoft Senior Director for Surface Cyril Belikoff about what he is hearing from federal customers regarding their needs and why the Surface Pro 3 is a unique device among the increasingly crowded tablet/laptop field.

John Breeden II: You talk with a lot of federal employees. What would you say is the most important reason that feds would want a Surface Pro 3?

Cyril Belikoff: There is a lot of interest because of everything that the Surface Pro 3 can do. But besides being a powerful and unique tool, it’s also a standard Windows device. It runs the same operating system that they are used to seeing, and more importantly, it follows the exact same security protocols that they already have in place. So it will seamlessly connect to their back-end networks and they can start using them right away.

JBII: You mention uniqueness. The original Surface was one of the first of the new generation of tablets that can take on multiple roles for business and government. What are some of the use cases you have already seen?

CB: One thing the Surface Pro 3 can do is to be deployed like a desktop system. The monitor is supported by the kickstand, so it sits up at whatever angle is comfortable for the user. You can connect the Surface keyboard to the monitor and add a wireless or USB mouse. Then you have everything you need for a desktop setup.

But, the Surface Pro 3 can also instantly detach from that keyboard and mouse, and be used as a tablet when needed. And then when it’s finished being used as a tablet, it just as easily transitions back into a desktop.

This has been helpful for caseworkers who need to work at their offices and then go out into the field. We’ve seen city workers who are able to access their office using a Surface Pro even if they spend their entire day working inside a park.

JBII: That brings up an interesting point. Not having the Surface Pro 3 on the GSA schedule until now was a bit of a hindrance for federal agencies, but haven’t you already seen a lot of inroads with state and local jurisdictions, and especially cities deploying them?

Mecklenburg wanted their mobile employees to be able to do their jobs more easily while away from their desks, while also ensuring the entire mobile infrastructure remained secure and manageable. Deploying Surface Pro devices has been great for restaurant inspectors, medical examiners, parks and recreation employees and social workers.

The city of Miami deployed Surface tablets to help their building and code inspectors travel with a lighter load. The Surfaces replaced laptops and bulky cameras. They can process all of their forms and store images right on the tablets, so its one of the only things they need to carry now.

JBII: I know Mecklenburg has been using the older Surface Pros. Are they upgrading to the Surface Pro 3 now, and will there be any differences or compatibility issues for an agency that might have already deployed some number of the older models?

CB: From a user perspective, there would be no difference. Both devices run Windows 8.1 so the interface and the ability to run all of their programs will work exactly the same, perhaps just faster than before. On the back end, the new Surface Pro 3s can integrate into their existing networks just the same as before. So upgrading isn’t really different from initially deploying the tablets. There are no interruptions.

JBII: I know you can’t name anyone just yet, but from what you have heard talking with people in the government, can we expect to see a lot of Surface Pro 3s deployed now that they are on the GSA Schedule?