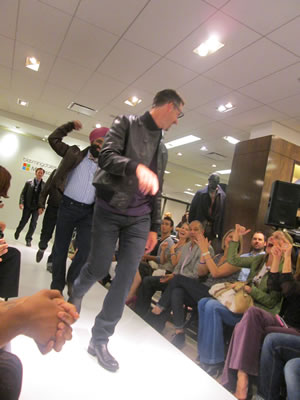 It was far from a geek parade when some of Washington’s most savvy techies hit the runway for Microsoft’s third annual Geek 2 Chic fashion show.

The couture crowd mingled with the IT business set Wednesday night at Bloomingdale’s in Chevy Chase. Between lounging in video game stations and claw-grabbing for prizes, guests sipped on cocktails while nibbling Pac-Man shaped mini-grilled cheeses. A candy bar offered crowd-inspired treats: Smarties and Nerds. 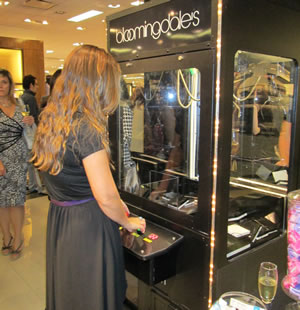 The runway opened to reveal that gamers can, indeed, have game.  Big name players from Facebook, Twitter and Uber struck lively poses along side startup founders from ArtJamz and hin.ge.

“You’re looking at the hottest nerds in town,” said NBC 4 anchor Angie Goff, who served as emcee for the show.

Models wore the latest in menswear from Bloomingdales’s top labels, all to benefit Washington’s top students. Every dollar raised at Geek 2 Chick will benefit the Network for Teaching Entrepreneurship, a D.C. non-profit that introduces business concepts to low-income youth. NFTE student Jordan Brooks, both a high school senior and already a CEO, closed out the show sporting a black tuxedo.

By showcasing the value of entrepreneurship in young people, NFTE aims to show students, especially through technology, how their classroom experiences can translate into the real world.

by Billy Mitchell • 15 hours ago
Acquisition