The futuristic armor suit made famous by the Hollywood film series, “Iron Man,” has caught the attention of senior military leaders in the Pentagon and may get eerily close to becoming a reality later this year.

Program managers for the Tactical Assault Light Operator Suit, or TALOS, on Dec. 5, quietly established a new Google Plus collaboration hangout for researchers and engineers to exchange ideas on how to make the futuristic liquid body armor, complete with powered and unpowered exoskeletons, wearable computers, communications antennas and integrated sensors to monitor a soldier’s health and automatically treat wounds.

The suit is the brainchild of the Pentagon’s Special Operations Command, and more specifically, SOCOM’s Commander Adm. William McRaven. The former Navy Seal spoke at a SOCOM-sponsored industry event last summer during which he challenged industry engineers and researchers to help develop the technologies that will go into the suit. SOCOM has been receiving and evaluating technical white papers from more than 80 research organizations since September.

But program managers said in a recent statement they hope to have a prototype suit developed this year for initial evaluation, and a full suit ready for field testing by 2018.

The final list of technologies that will become part of TALOS remains unclear, but Pentagon officials have said research is underway to develop integrated heaters and coolers to regulate body temperature; embedded sensors that will monitor the operator’s core body temperature, skin temperature, heart rate, position and hydration levels; and administer oxygen or help control hemorrhaging. In March, SOCOM is scheduled to review a second round of research white papers to determine if the technologies hold enough promise to become part of an official industry proposal. 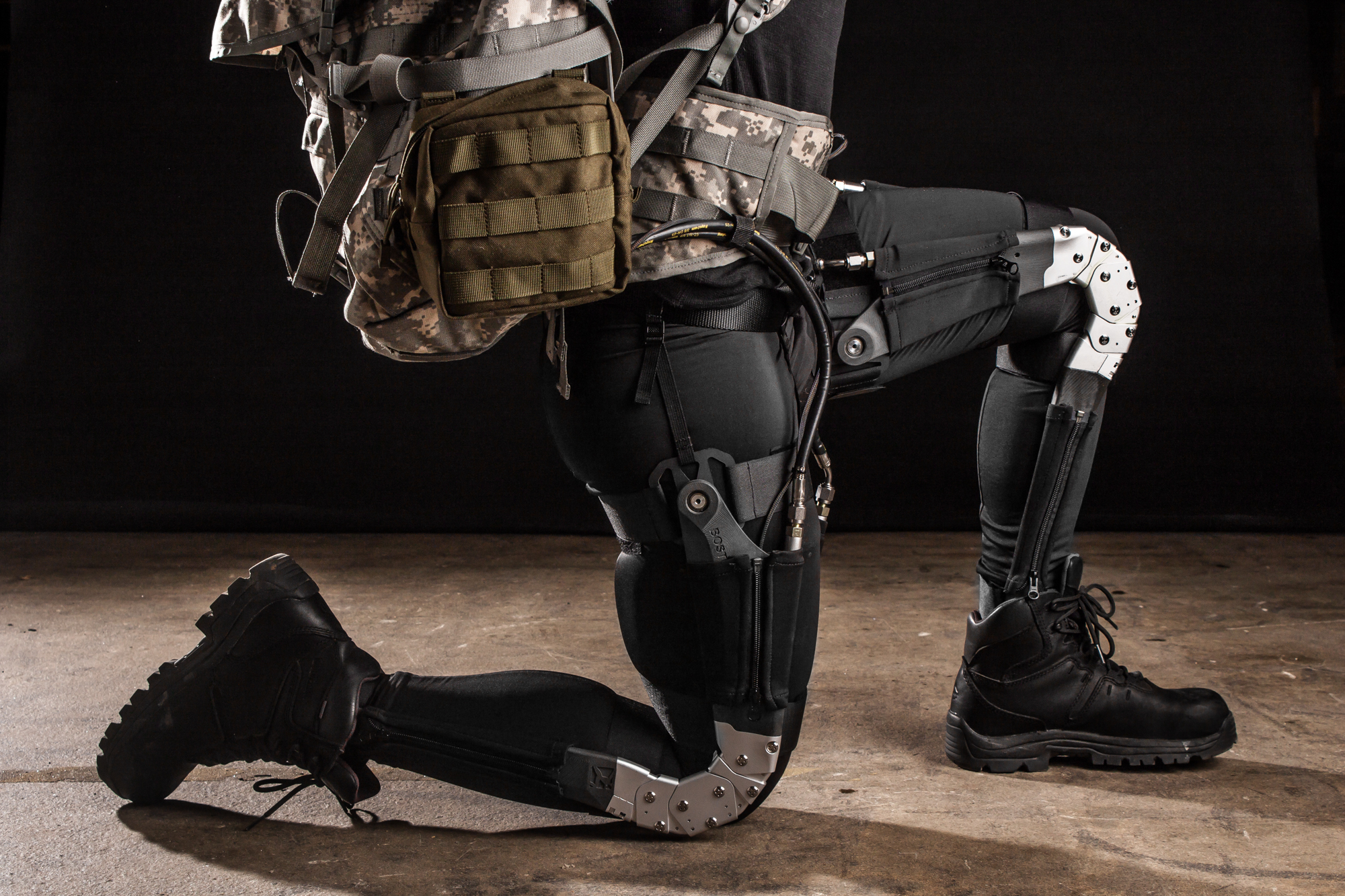 One such project is DARPA’s Warrior Web initiative, which is focused on developing a soft, lightweight undersuit that would help reduce injuries and fatigue and improve the ability of soldiers to move and carry heavy loads on the battlefield.

So far, the Warrior Web program has managed to develop a mix of core component technologies worn at the ankles, hips, knees and upper body. These capabilities have been focused on ways to reduce the likelihood of injury, as well as augment the work done by soldiers’ own muscles. According to DARPA, the component systems developed within this first phase of the project include rapid joint stabilization, energy injection, load transfer and distribution, and power regeneration.

“Many of the individual technologies currently under development show real promise to reduce injury and fatigue and improve endurance,” Lt. Col. Joseph Hitt, DARPA’s Warrior Web program manager, said in a statement. “Now, we’re aiming to combine them—and hopefully some new ones, too—into a single system that nearly every soldier could wear and would provide decisive benefits under real-world conditions.”

But SOCOM is in a unique position with its TALOS initiative. It is the only combatant command in DOD with acquisition authority, meaning it basically sets its own priorities and develops the systems it says it needs. In addition, the command has established an innovation cell within its acquisition center to manage the TALOS effort.

It also doesn’t hurt that McRaven, credited with devising the covert strike that killed Osama bin Laden, is the TALOS program’s biggest advocate.

“I’m very committed to this,” he said at the initial planning forum held last summer. “I’d like that last operator that we lost to be the last operator we lose in this fight or the fight of the future. And I think we can get there.”