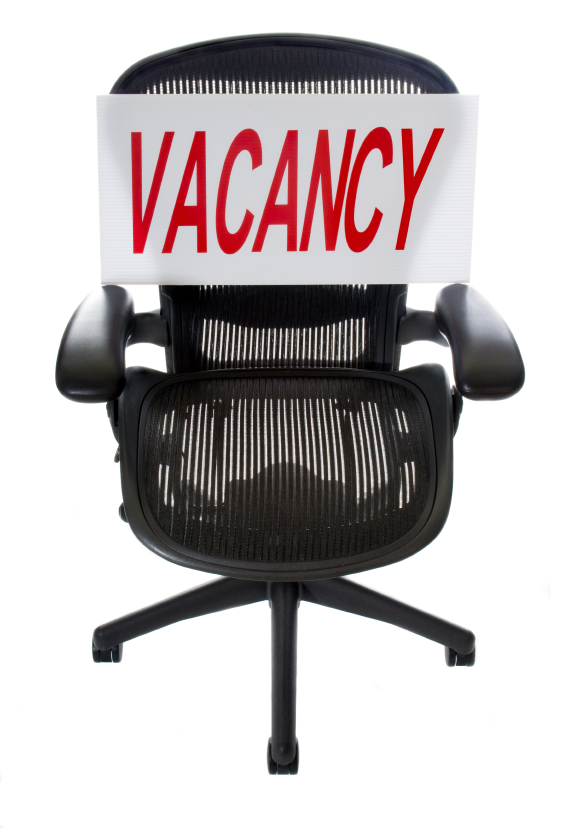 The nuclear option allows the Senate to confirm nominees with a simple majority, instead of invoking cloture to stop a filibuster, which requires a 60-vote supermajority.

Even though 16 nominations were blocked, the Senate still has more than 200 nominations it has put off confirming, some of which have been on the to-do list since January.

“These government positions are there for a reason and they should be filled,” Martin Cohen, associate professor of political science at James Madison University, told FedScoop.

According to Cohen, there is no average time for nominees to be confirmed, but they shouldn’t be put off. As a former secretary of homeland security recently described the vacancy of the DHS inspector general position, “Who is minding the store?”

Currently, these more than 200 positions are either vacant or the jobs are being performed by temporary placeholders.

With the holidays looming and Congress about to go on break, FedScoop decided to look into the top tech vacancies in the government. Below, a list of the top nine vacancies in federal technology. Let’s find out who has been languishing in the bowels of the Senate’s dilatory bureaucracy.

Congress created NSF in 1950 to promote science, health and national security. The independent agency accounts for about 20 percent of federal research in universities and has a budget of about $7 billion.

The NSF director is appointed to a six-year term and is responsible for overseeing all of the foundation’s activities as well as developing long-term plans.

Cordova, a huge science, technology, engineering and mathematics advocate, serves as president emerita of Purdue University and chairs the Smithsonian Institution’s governing board.

Acting Director Cora Marrett is holding down the fort until Cordova is confirmed.

Position: Associate director of the Office of Science and Technology Policy

OSTP advises the president on science and technology. The office was created in 1976 and invests federal resources in sciences that will contribute to the nation’s economy, health, environment and security.

Simon is currently an adviser to OSTP and formally worked for the Senate Energy and Natural Resources Committee.

The position Simon is nominated for is currently vacant.

Position: Assistant secretary of the Air Force for acquisition

The assistant secretary of the Air Force for acquisition is responsible for providing guidance to acquisition plans and policies. The office additionally directs more than $35 billion in annual investments for space acquisitions, munitions and informational technology.

LaPlante is currently the principal deputy, assistant secretary of the Air Force for acquisition. He has more than 28 years of military technology experience. He served on the Defense Science Board and the Naval Research Advisory Committee.

The position LaPlante is nominated for is currently vacant.

Position: Assistant secretary of state for the Bureau for Intelligence and Research

The Bureau of Intelligence and Research uses intelligence for U.S. diplomacy. It provides analysis to the State Department for policy issues as well as geographical and international boundary issues.

Smith has been serving as the ambassador to Greece. He is a 30-year veteran of the Foreign Service and also worked as a reporter before joining the government.

Roth heads the Food and Drug Administration’s Office of Criminal Investigations. He also spent time as a prosecutor for the Justice Department.

Position: Secretary and undersecretary of the Department of Homeland Security

Speaking of the Department of Homeland Security, not only is it currently without a secretary after Janet Napolitano left, it also lacks an undersecretary. The two positions in charge of overseeing efforts to enhance national security, secure the borders and counterterrorism are not permanently filled. Currently, Rand Beers is the acting secretary.

Johnson is currently the general counsel for the Defense Department. Spaulding has been serving as deputy undersecretary for the National Protection and Programs Directorate at DHS.

The chief financial officer of NASA is responsible for all financial management activities relating to programs and operations of the agency. Elizabeth Robinson formerly held the position.

Radzanowski currently serves as the chief of staff and principal adviser to the NASA administrator. He has been in the position since 2010.

Position: Undersecretary of science at the Energy Department

The undersecretary of science oversees all of the energy and science research programs at the Energy Department. The position also looks after most of its national laboratories. It encompasses the Office of Science, Office of Nuclear Energy, Office of Fossil Energy and the Office of Energy Efficiency and Renewable Energy among others. Patricia Dehmer, deputy director, is currently serving as the acting director.

Orr is currently the director of the Precourt Institute for Energy at Stanford University.