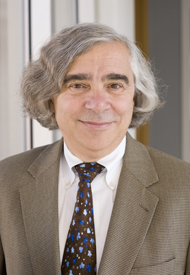 “Dr. Moniz is a world-class scientist with expertise in a range of energy sources and a leader with a proven record of bringing prominent thinkers and innovators together to advance new energy solutions,” President Barack Obama said in an official statement. “He also shares my conviction that the United States must lead the world in developing more sustainable sources of energy that create new jobs and new industries, and in responding to the threat of global climate change.”

Prior to his Senate confirmation, Moniz was a professor of physics and engineering systems, director of the Energy Initiative and director of the Laboratory for Energy and the Environment at the Massachusetts Institute of Technology, where he has served as faculty since 1973.

Moniz has also previously worked in government, serving as undersecretary of the Energy Department from 1997 to 2001 and as associate director for science in the Office of Science and Technology Policy.