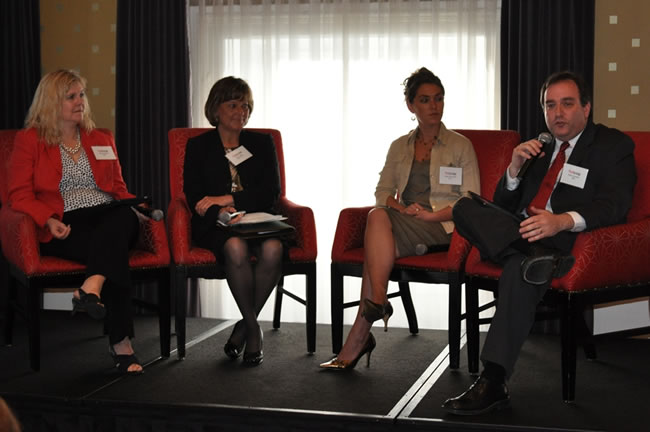 So let’s get this straight: Haley Van Dyck, the former Director of Citizen Engagement at FCC, who recently left for USAID, wants a world where people no longer visit government web sites?

And this after helping FCC do a massive overhaul of its own home page in recent months?

“While I love FCC.gov, as it consumed part of my soul recently, I really hope that the future is that nobody goes to FCC.gov anymore to get our data,” Van Dyck said at yesterday’s FedScoop event MobileGov: Citizen Engagement on the Go.

Van Dyck added that the agency made an effort to creating of the site to make sure “we were building the underlying infrastructure in a way that was easy to spin mobile applications off of.”

So, in an ideal world, government web sites will no longer be the focal point of distributing agency information. Instead, agencies will focus on new and innovative ways to get information to citizens mobile devices.

Kim Taylor, USDA FSIS Director of Web Services, agreed, saying in the near future it will no longer make sense for agencies to create large web site, especially as mobile devices become the primary way people access the web.

“Mobile has the ability to drastically change the way information is sent out,” Taylor said.

SSA IT Specialist in the Office of Innovation Adam Burstein said the agency already gets more traction from one mobile app, the Baby Name Playroom App, than anything else on its web site. And where it’s really effective is getting people interacting, thinking about and using the agency before cashing their first social security check.

“Everything else we’ve done has been a distant second to that app when it comes to engaging people,” Burstein said. “It shows that there is a market for the right kind of apps and it gives government a way to use all of its data to interact in new and interesting ways with the population.”