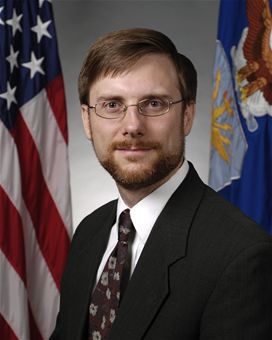 “I appreciate the opportunity to make a difference for the Air Force and our nation while also digging more deeply into critical issues like space programs, energy efficiency, DOD management reform, and the Air Force budget,” Morin said. “It will be exciting to work even more closely with great professionals like Secretary Panetta, Deputy Secretary Carter, Secretary Donley, General Schwartz, General Breedlove and our outstanding Air Force leaders here on the Air Staff and around the globe.”

Morin has served as the assistant secretary of the Air Force for Financial Management and Comptroller (SAF/FM) since 2009.

Marilyn Thomas, principal deputy in the Office of the Assistant Secretary of the Air Force for Financial Management and Comptroller, will perform Morin’s duties in SAF/FM while he serves as under secretary, except those duties that require action by a Senate-confirmed presidential appointee.

From 2003 until his current appointment, Dr. Morin was a member of the professional staff of the U.S. Senate Committee on the Budget. In this capacity, he served as the committee’s lead analyst for the defense, intelligence, and foreign affairs budgets, responsible for drafting the relevant sections of the congressional budget resolution and advising the Senate on enforcement of budget rules. Additionally, he advised the Chairman of the Budget Committee on the full range of national security issues.

Earlier in his career, Dr. Morin served in the Office of the Secretary of Defense and as an economic development strategist with the firm J.E. Austin Associates, where he worked on projects for the U.S. Agency for International Development. Dr. Morin’s academic research focused on U.S. national security policy, particularly the role of Congress in defense budgeting and policy making. He held in-residence fellowships at the University of Virginia’s Miller Center for Public Affairs and at the Center for Strategic and Budgetary Assessments, where he conducted research for the Pentagon’s Office of Net Assessment. He also served as a policy adviser on President Obama’s defense transition team. He was confirmed as the 21st Assistant Secretary of the Air Force for Financial Management and Comptroller on June 19, 2009.

by Jackson Barnett • 18 hours ago
Defense