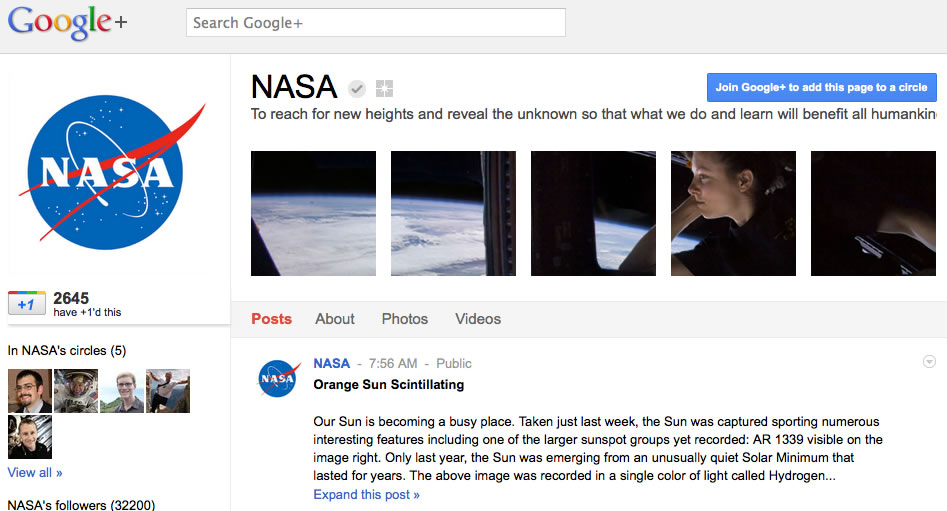 “With the acceleration of digital convergence and increasingly pervasive use of digital devices to access all manner of information, the Internet has become a platform for participation,” Diaz wrote on the NASA blog. “Each second, the world’s information is increasingly sorted, sifted, and combined in various useful and creative ways by communities of people from all corners of the world. Platforms like Facebook, Twitter, and now Google+ are reshaping human interactions and helping us connect to one another.”