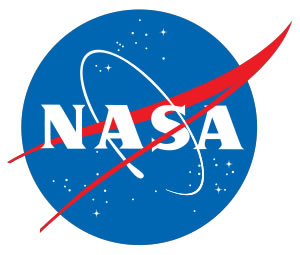 Much like NASA has done with its space program, the agency is relinquishing its role in cloud computing development to the hands of private sector providers.

NASA announced it will shift efforts related to contributions to OpenStack, the open source cloud operating system it played a key role launching, “in favor of becoming a ‘smart consumer’ of commercial cloud services.”

“In understanding this shift, it is important to consider that the majority of NASA’s code contributions to OpenStack were during its early stages while its developer and industry communities were still forming,” writes NASA Ames Acting Chief Information Officer Ray O’Brien. “Since those early days, the OpenStack community has grown considerably, and we have borne witness to accelerated development in key areas directly bearing on NASA’s originally identified needs.”

“NASA is extremely proud of its role in helping to create the OpenStack community. With that success firmly established … we are turning our attention to exploring how available cloud solutions of all types can best be used to address a broad set of Agency requirements,” O’Brien said.

OpenStack is the foundation for NASA’s own internal cloud project, Nebula, that launched in 2008. Nebula’s open source role was a cornerstone of the agency’s earlier open government plans, but has little to no mention in its current version. According to the the most recent plan, Nebula is “88% Complete.”

In its infancy, Nebula played an important role for NASA, at a time when there were no viable commercial cloud options to support the agency’s demands. Since then, private sector solutions have proliferated and surpassed NASA’s ability to efficiently develop its own comparable cloud offering.

“We shouldn’t be surprised or worried that NASA stopped active development on OpenStack. This is the natural evolution of things,” writes Gretchen Curtis, former Nebula team member and Piston Cloud co-founder and chief strategy officer on the company’s blog. “It’s the end of an era, yes, but it’s the beginning of a new journey – for space exploration and for OpenStack.”

by Tajha Chappellet-Lanier • 3 days ago
Tech