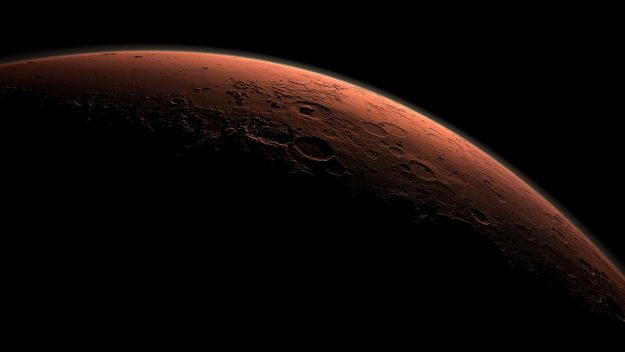 Our red sister in the solar system has long been the object of human fascination, but technological limitations have so far prevented anything but robotic scouts from traversing the 140 million miles of deep space that separate Earth and Mars.

According to the NASA that’s all about to change.

“When I think of the world in which my granddaughters will be raising their own children in, I see a world in which they will view their own kids working on Mars as a fact of life,” said NASA Administrator Charles Bolden in an address at the Center for American Progress in Washington, D.C., last week. “A future where NASA and its partners are using Mars as a stepping stone to the rest of the solar system.”

Bolden’s address comes amid a slew of preparations by the U.S. space agency that indicate in no uncertain terms the ambitions of the next great space odyssey: traveling to — and eventually inhabiting — Mars. According to a report released in October, titled “Journey to Mars: Pioneering Next Steps in Space Exploration,” we are “closer to sending humans to Mars than at any point in NASA’s history.”

“Mars is the horizon goal for pioneering space; it is the next tangible frontier for expanding human presence,” the report states. “Like the Apollo Program, we embark on this journey for all humanity. Unlike Apollo, we will be going to stay.”

The report lays out a three-phase plan for Mars preparation, each evolving into a deeper space threshold. The first — “Earth Reliant” — will focus on honing technology and preparing astronauts mentally and physically for the trip, which will take a minimum of 150 days and could last up to 300, according to NASA estimates. Phase two will take testing into a “Proving Ground,” launching missions into orbit around the moon and into space between Earth and Mars, including Mars’ moons Phobos and Deimos. The final step, “Earth Independent” will be the most iconic — a manned mission to the planet and the first boot to leave a print in its red soil.

“As pioneers, we seek to blaze the trail for others, establishing a presence that leads to economic progress and broad societal benefit,” the report says.

NASA’s Earth Reliant phase is well underway; this week, the agency announced it is seeking to recruit a new team of astronauts to “carry out deep-space exploration missions that will advance a future human mission to Mars,” according to a release. Prospective applicants, who must have earned a bachelor’s degree in engineering, biological science, physical science or mathematics, and preferably have clocked in at least 1,000 hours piloting a jet-type aircraft, can apply at USAJobs.gov, and have the chance to join the current corps of 47 active, certified astronauts.

“This is an exciting time to be a part of America’s human space flight program,” said Brian Kelly, director of Flight Operations at NASA’s Johnson Space Center in Houston, in a release. “NASA has taken the next step in the evolution of our nation’s human spaceflight program — and our U.S. astronauts will be at the forefront of these new and challenging space flight missions.”

NASA also announced on Wednesday that the first full-size test version of the Orion module, the spacecraft that will eventually carry astronauts to Mars, will arrive from the European Space Agency on Nov. 30. The Orion, along with the SpaceX Crew Dragon, will serve as NASA’s primary vehicle for human space exploration in coming years.

In his address, Bolden emphasized the positive effects of space travel on society as a whole.

“The things we do in space improve our quality of life here on Earth,” he said. “Right now, the astronaut that will take the first human step on Mars and the scientist who will make the next great breakthrough that makes that step possible might very will be sitting in a classroom here in D.C.,” he said.