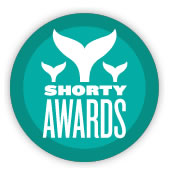 The Shorty Awards honor the best of social media across sites such as Twitter, Facebook, Tumblr, YouTube, Foursquare and others. NASA’s nomination cited multiple aspects of the agency’s social-media efforts.

The award is NASA’s third for social media. The agency won the Shorty Award in 2009 for its use of Twitter for the Mars Phoenix Lander mission, and astronaut Doug Wheelock was awarded the Real Time Photo of the Year in 2011 for his “Moon from Space” picture.

NASA uses many social media sites to communicate its mission to a wide range of followers. The @NASA Twitter account has more than 2 million followers, and NASA maintains a presence on Facebook, Google+, Flickr and other popular platforms. NASA Socials, formerly known as NASA Tweetups, allow social media followers to attend functions and interact with NASA’s engineers and scientists.