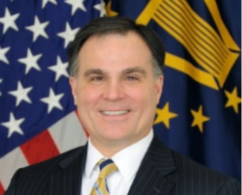 Dave DeVries, who used to hold the position, was tapped in August to be the new Office of Personnel Management chief information officer.

OPM had gone months without a permanent CIO since Donna Seymour stepped down from the role in February amid criticism of agency management following the massive breach of OPM systems.

Zangardi started his new role on Oct. 2 to help DOD CIO Terry Halvorsen with everything from information management to non-intelligence space systems, satellite communications and telecommunications.

Most recently, Zangardi served as the deputy assistant secretary of the Navy for command, control, communications, computers, intelligence, information operations and space.