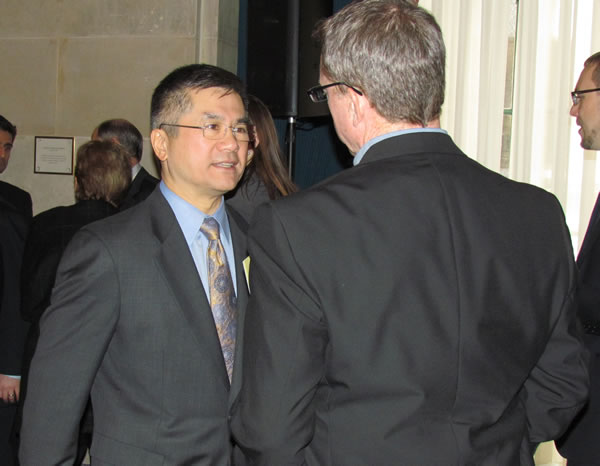 The government will rely heavily on the private sector to create a “truly American solution” in securing online identities as part of the National Strategy on Trusted Identities in Cyberspace released today, Department of Commerce Secretary Gary Locke.

Speaking at a release event for the report at the U.S. Chamber of Commerce, Locke said the old username and password combination is no longer sufficient to protect the information of consumers, vendors and government. What NSTIC hopes to accomplish is creating a system that stops the $27 billion Americans lost last year to online fraud and protect the country’s share of the $10 trillion spent globally each year on online commerce.

“Many other governments have taken control of their citizens’ online identities, but we want just the opposite – a private sector led system that encourages innovation and protects civil liberties,” Locke said.

The goal is to create an identity ecosystem that will create secure online IDs for those who elect to join the program, giving them a single credential – such as a piece of software on a smart phone, a smart card – which they can use to log on to a variety of websites that will relieve the need for passwords.

“The Internet has transformed how we communicate and do business, opening up markets, and connecting our society as never before. But it has also led to new challenges, like online fraud and identity theft, that harm consumers and cost billions of dollars each year,” said President Obama in a statement issued about the program.

One of the keys, said Department of Homeland Security Jane Holl Lute, is designing a system from the start that protects openness and personal freedoms. “This has the potential to change the game,” Lute said. “At its core, the challenge is to secure our information and our identities and, as the saying goes, the rest is commentary.”