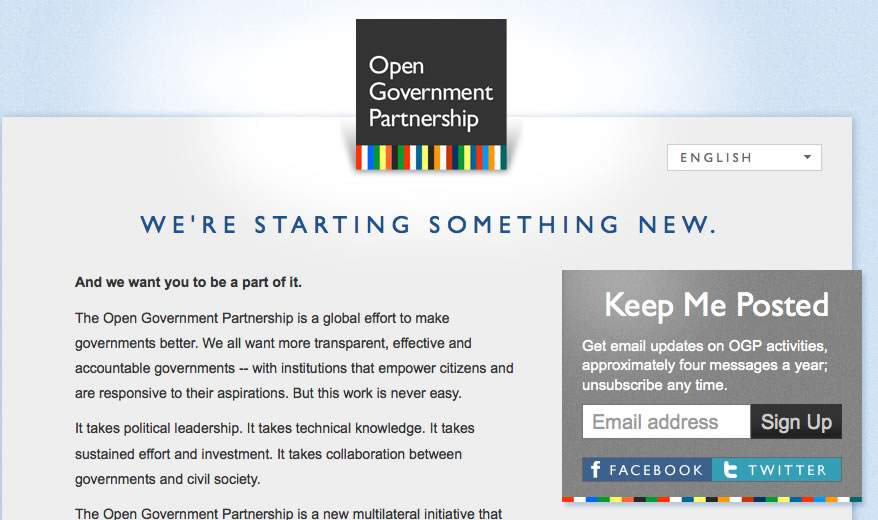 The OGP, led by an International Steering Committee co-chaired by the United States and Brazil, is a “multilateral initiative that aims to secure concrete commitments from governments to promote transparency, empower citizens, fight corruption, and harness new technologies to strengthen governance.”

Secretary of State Hillary Rodham Clinton and Brazilian Foreign Minister Antonio Patriota will launch the initiative at an event hosted at the State Department today, July 12. The event is a precursor to one that will be held September 2011 where countries will commit to an international Open Government Declaration.