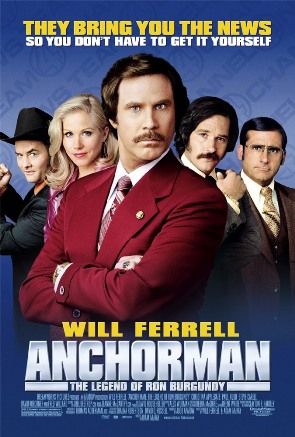 A Newseum exhibit set for fall is kind of a big deal.

In November, the museum will showcase “Anchorman, The Exhibit,” a display featuring props (think the jazz flute), costumes and footage from the movie “Anchorman: The Legend of Ron Burgundy.”

Visitors can report live as a member of the Channel 4 news team and pose for photos in front of a recreation of the KVWN-TV anchor desk and set.

“For millions of viewers, the news anchor represents the authority and credibility of television news,” said Cathy Trost, vice president of exhibits and programs at the Newseum. “But anchormen and women also are popular targets for pop culture laughs. The exhibit explores the reality behind the humor of ‘Anchorman’ and tracks the rise of personality-driven news formats in the 1970s.”

The feature comes just weeks before the much-anticipated sequel to the 2004 hit comedy. Funny man Will Ferrell will return as Burgundy in “Anchorman 2: The Legend Continues” when the movie comes to theaters Dec. 20. The display will include clips from the new film with commentary from Ferrell.

“I’m literally trapped in a glass case of emotion,” said Ron Burgundy, commenting on his inclusion in the museum’s exhibit.