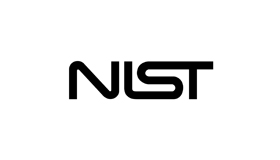 The National Institute of Standards and Technology announced April 22 its National Cybersecurity Center of Excellence plans to sponsor its first Federally Funded Research and Development Center.

The FFRDC mechanism will allow a nonprofit organization to support the NCCoE, according to NIST, as they work in the public interest and provide a highly efficient way to leverage and assemble resources from the public and private sectors.

“The FFRDC model is the most effective way the center can work with private companies to accelerate industry’s adoption of integrated tools and technologies to protect IT assets,” said Undersecretary of Commerce for Standards and Technology and NIST Director Patrick Gallagher in a released statement. “NIST has a long history of successful collaboration with industry, and this approach leverages our top cybersecurity experts while allowing the center to be as nimble as possible.”

NIST put an announcement in Monday’s issue of the Federal Register, the first of three required. It will be followed by a solicitation for proposals to manage the FFRDC this fall.

This will be the first FFRDC solely dedicated to enhancing the security of the nation’s information systems.

Comments on the proposed FFRDC are due by 5 p.m. Eastern time, July 22, 2013, and must be submitted to Keith Bubar at keith.bubar@nist.gov or National Institute of Standards and Technology, 100 Bureau Drive, Mailstop 1640, Gaithersburg, MD 20899.

For more information on FFRDCs, see the Federal Acquisition Regulation at https://acquisition.gov/far/97-06/pdf/35.pdf.