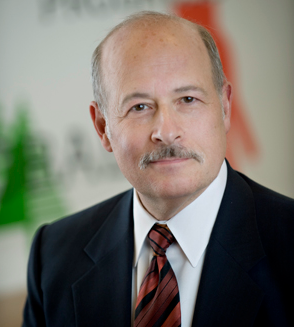 There’s a new chief scientist at the National Oceanic and Atmospheric Administration. Richard Spinrad was named yesterday to the role and will be the driving policy and program director for science and technology priorities.

Spinrad most recently served as vice president for research at Oregon State University in Corvallis, Ore. Between 2005 and 2010, he was the head of NOAA’s Office of Oceanic and Atmospheric Research and the National Ocean Service.

Spinrad’s career launched at the Bigelow Laboratory for Ocean Sciences in Maine. His following job took him to a small R&D firm, Sea Tech, Inc. in Corvallis (1986-1987), and after that, he served as a program manager at the Office of Naval Research(1987-1988).

Outside of government, Spinrad also has worked in the nonprofit sector. Among other roles, he served as executive director for research and education at the Consortium for Oceanographic Research and Education, Inc. in Washington, D.C. (1994-1999). At CORE, Spinrad supervised research studies of midshipmen as an adjunct associate professor at the U.S. Naval Academy in Annapolis, Md., from 1996 to 1999.