The National Security Agency collected data on nearly 90,000 “targets” last year under section 702 of the Foreign Intelligence Security Act, according to a report released Friday by the Office of the Director of National Intelligence.

The government released the data as part of the ODNI’s first transparency report on the use of national security authorities to conduct electronic surveillance.

However, the 89,138 “targets” listed in the report are not necessarily people, the report explains. “Targets” can be considered an “an individual person, a group, or an organization composed of multiple individuals or a foreign power that possesses.” 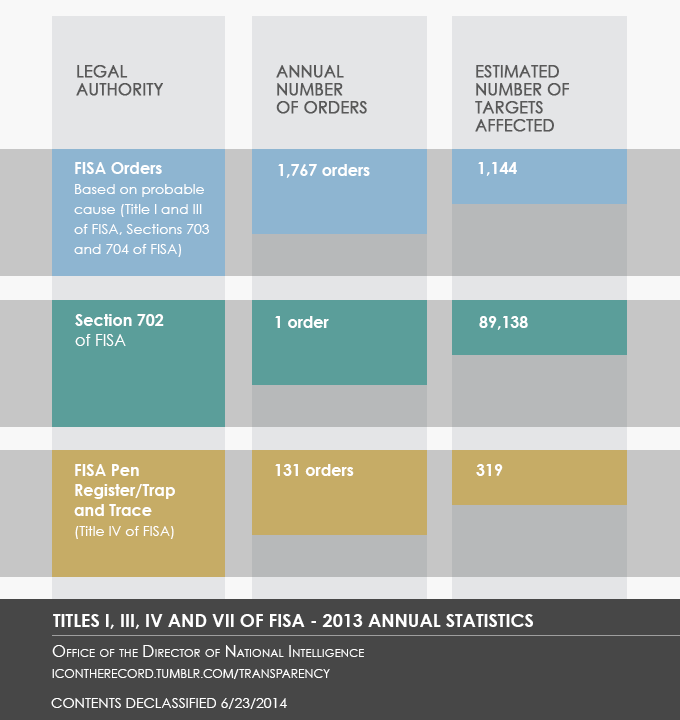 The report goes on to clarify further:

Under Section 702, the Foreign Intelligence Surveillance Court (FISC) approves certifications as opposed to individualized orders. Thus, the number of 702 “targets” reflects an estimate of the number of known users of particular facilities (sometimes referred to as selectors) subject to intelligence collection under those certifications. This estimate is based on the information readily available to the intelligence community to identify unique targets – users, whose identity may be unknown, but who are reasonably believed to use the particular facility from outside the United States and who are reasonably believed to be non-United States persons.

For example, foreign intelligence targets often communicate using several different email accounts. Unless the Intelligence Community has information that multiple email accounts are used by the same target, each of those accounts would be counted separately in these figures. On the other hand, if the Intelligence Community is aware that the accounts are all used by the same target, as defined above, they would be counted as one target.

The report also lists the number of National Security Letters — a warrantless subpoena of communications and Internet activity issued by the FBI — over the course of the year, and how many requests for information those letters produced. 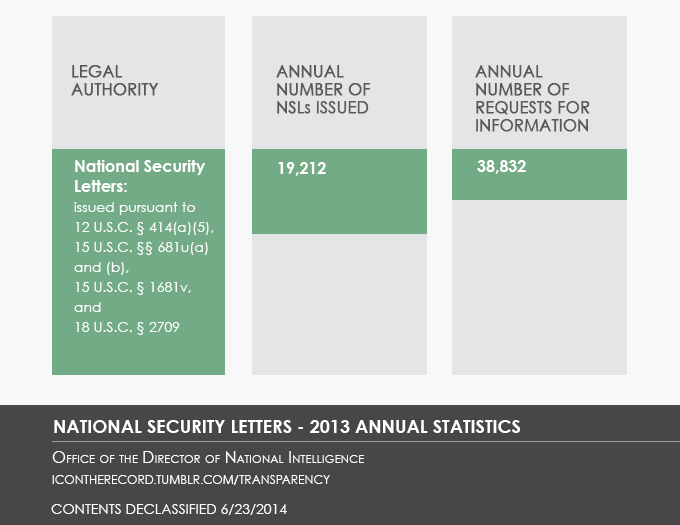 The ONDI explains why it did not issue numbers on individuals or organizations that were subject to National Security Letters.

Even if the FBI systems were configured differently, it would still be difficult to identify the number of specific individuals or organizations that are the subjects of NSLs. One reason for this is that the subscriber information returned to the FBI in response to an NSL may identify, for example, one subscriber for three accounts or it may identify different subscribers for each account. In some cases this occurs because the identification information provided by the subscriber to the provider may not be true.

Additionally, 248 U.S. citizens were “subject to queries of information” under FISA Title V, which searches bulk phone data collected by the NSA. 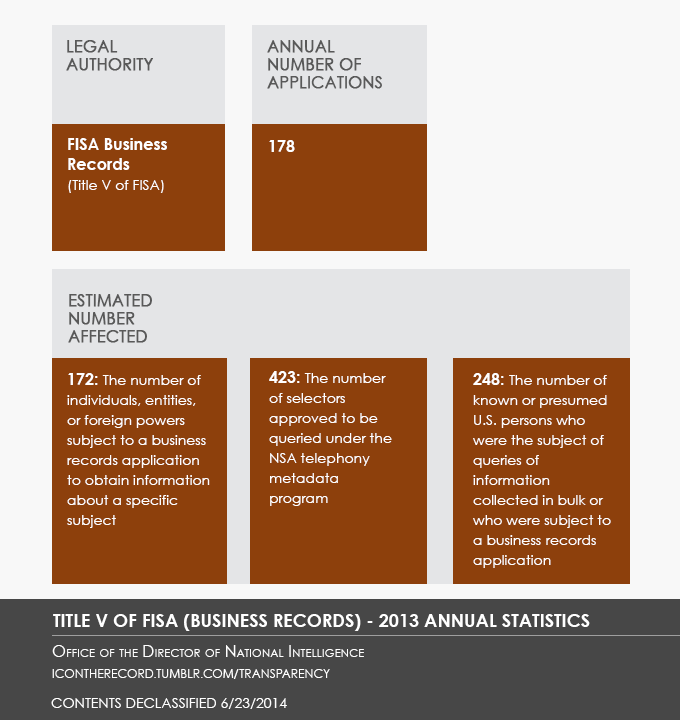 The report comes after President Barack Obama ordered the U.S. intelligence community to be as transparent as possible in regards to the NSA’s data collection and surveillance practices following the release of information last year by former NSA contractor Edward Snowden.