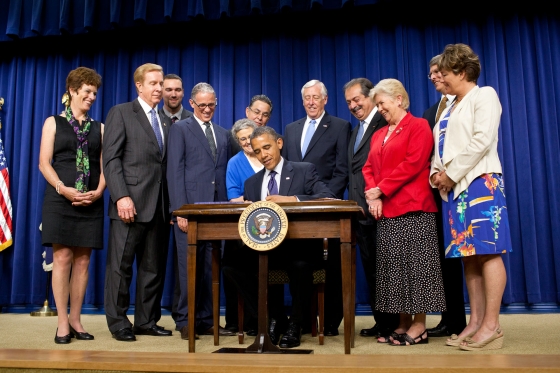 President Obama renewed the Export-Import Bank’s charter on Thursday as part of a bipartisan agreement with Congress.

The bank’s current charter was set to expire at the end of May, but will be extended through September 2014.

“By reauthorizing support for the Export-Import Bank, we’re helping thousands of businesses sell more of their products and services overseas,” Obama said. “And in the process, we’re helping them create jobs here at home.”

The Export-Import Bank of the United States is the official export credit agency of the U.S. federal government. It was established in 1934 by an executive order, and made an independent agency in the executive branch by Congress in 1945, for the purposes of financing and insuring foreign purchases of goods for customers unable or unwilling to accept credit risk.

The bank has approximately 400 federal employees.