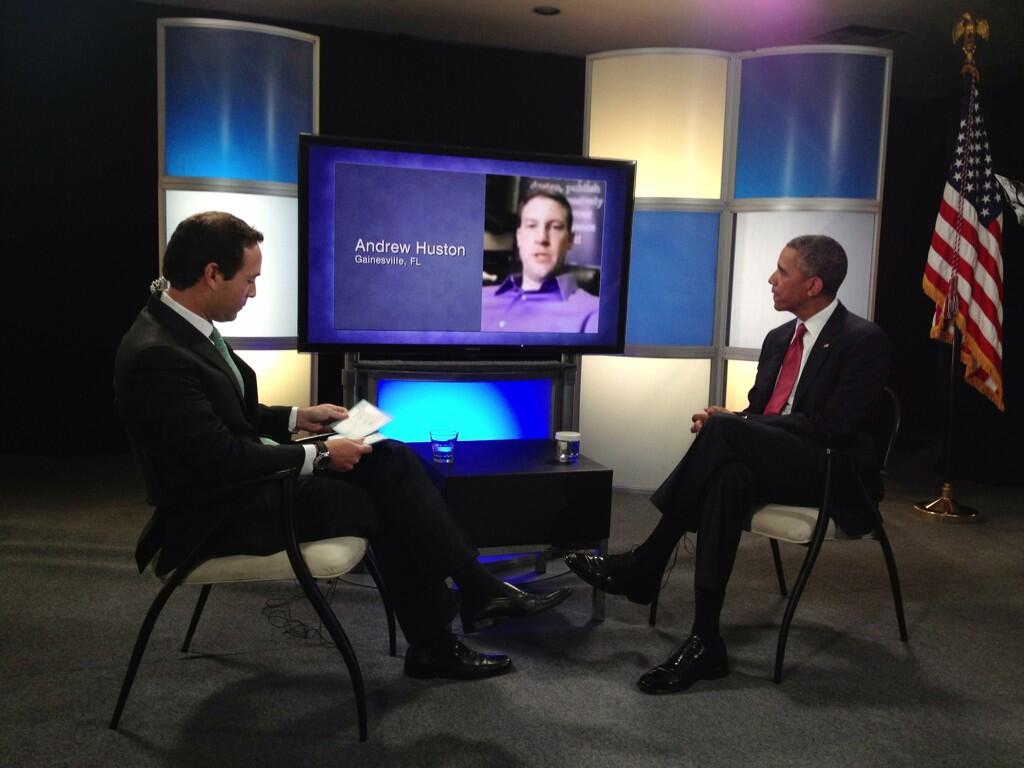 One of the most popular conversation topics in D.C. is rent: How much is someone paying, where they got a good deal, how no one can afford to live where they want to. But it’s not a D.C.-specific conversation, which President Barack Obama acknowledged during his speech Tuesday on the housing market in Phoenix, Ariz., one of the cities hit hardest by the housing crisis.

It’s the ability of open government data that allows for sites such as Zillow to be possible, Obama said during the chat. Zillow takes data from the Federal Housing Finance Agency, the Census Bureau and Bureau of Labor Statistics and presents it in a more accessible way for homeowners and potential buyers.

“The more knowledge that consumers have, the more empowered consumers can be,” Obama said.

Questions for Rascoff were submitted via Facebook, Twitter or video, and viewers could tune in the conversation on the White House site. Rascoff translated these questions to the president by showing the videos or reading the tweets and Facebook posts.

Obama signed an executive order in May that opened up more government data, an effort by the administration to make government smarter and more innovative. Obama said opening government data would also help launch startups — like Zillow.

In a blog post Tuesday, the U.S. CIO Steven VanRoekel and Chief Technology Officer Todd Park applauded innovative companies such as Zillow, Trulia, Estately and RedFin, which use government data to help consumers make smarter choices in the housing market.

“This is innovation born of the potent combination of open data and private sector entrepreneurship — innovation that helps Americans and creates jobs,” they wrote.