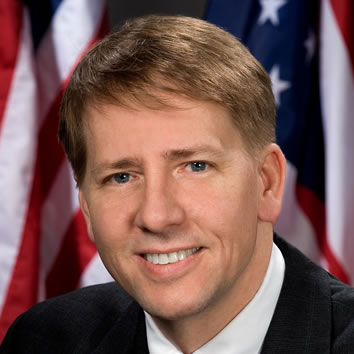 President Obama announced today he will nominate Richard Cordray as the first director of the newly established Consumer Financial Protection Bureau that officially opens for business this Thursday.

“American families and consumers bore the brunt of the financial crisis and are still struggling in its aftermath to find jobs, stay in their homes, and make ends meet. That is why I fought so hard to pass reforms to fix the financial system and put in place the strongest consumer protections in our nation’s history. Richard Cordray has spent his career advocating for middle class families, from his tenure as Ohio’s Attorney General, to his most recent role as heading up the enforcement division at the CFPB and looking out for ordinary people in our financial system.”

The CFPB was created last year with the Wall Street Reform and Consumer Protection Act in the wake of the 2008 recession. The CFPB will be an independent agency tasked with being a watchdog for American consumers, ensuring they have the best information to make financial choices that are best for themselves and prevents abuse and deceptive financial practices.

Since being created by law last year, the CFPB has already made progress for consumers in a number of areas, according to a statement released by the White House:

Richard Cordray is Chief of Enforcement at the Consumer Financial Protection Bureau.  Immediately prior, Cordray served as Attorney General of Ohio from January 2009 to January 2011.

In 2008, he received a Financial Services Champion award from the U.S. Small Business Administration and a Government Service Award from NeighborWorks America.  In 2005, he was named “County Leader of the Year” by American City & County Magazine.